How have famous stores changed in 10 years 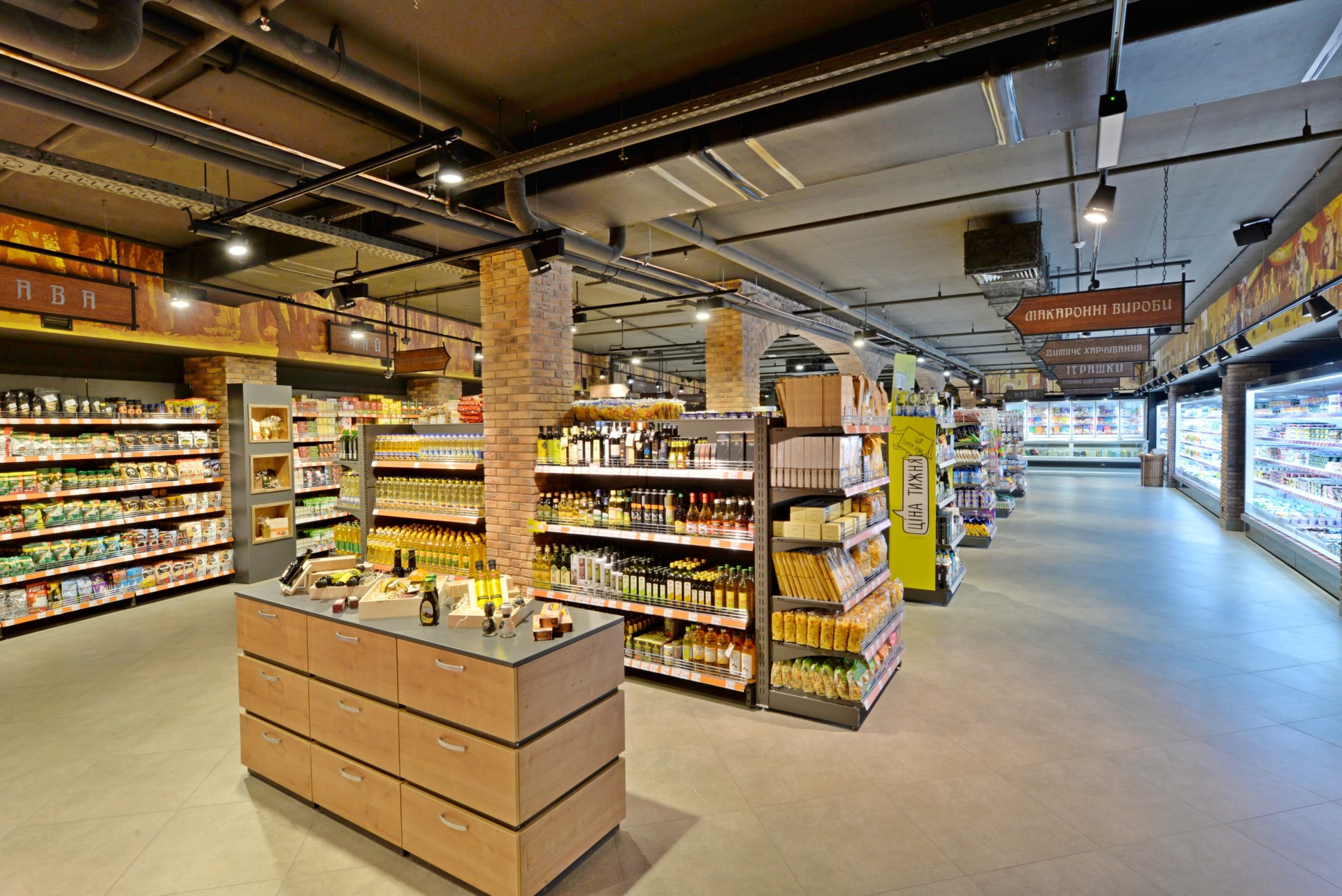 Since mid-January, #10yearschallenge roams all social networks. Users post 2 photos: I am 10 years ago and I am now. And friends assess and see what has changed. This is a kind of challenge to myself: I love myself even with extra pounds and baldness :). We decided to pick up the challenge and show you how your favorite stores have changed in 10 years. 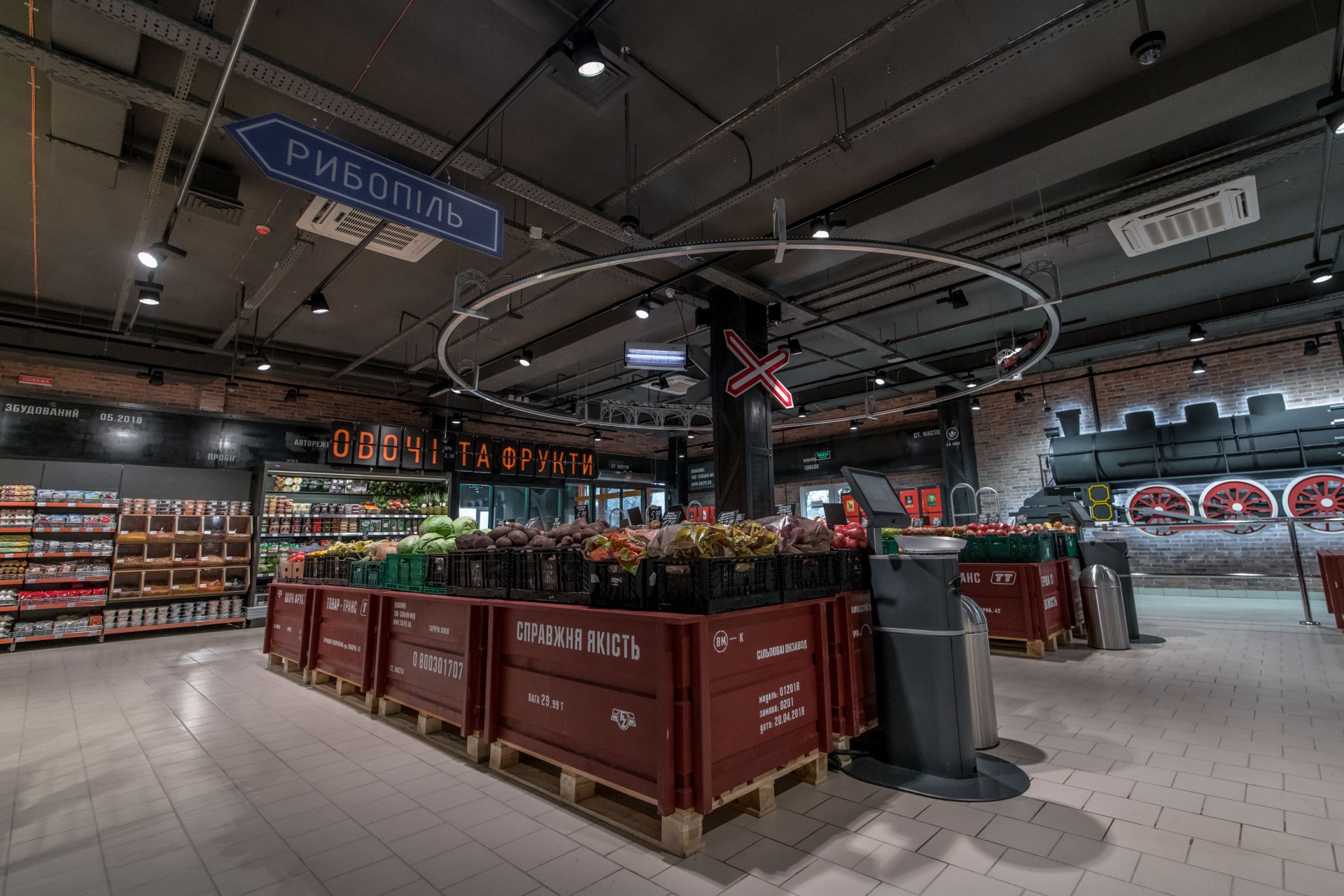 #10yearschallenge: from ATB to the Golden Age

In 2009, the ATB-market chain consisted of about 300 retail outlets. And at the end of 2018 this discounter already had 990 stores all over Ukraine. Here they created their own format of sales and implemented the principles of trade space organization to make it convenient for both customers and employees. 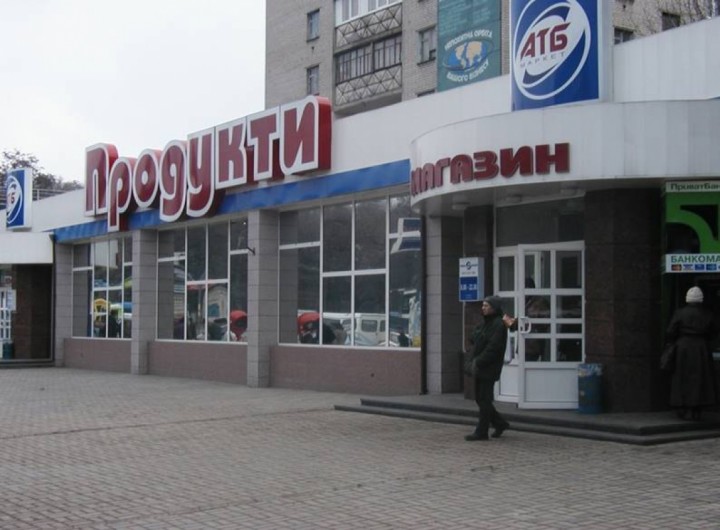 In 2016 the company opened its first supermarket in a completely new style. They changed the concept of the premises and slightly improved the logo. They also introduced insulation and heating technology, a new lighting system based on LED technology, installed modern freezers and refrigeration equipment. 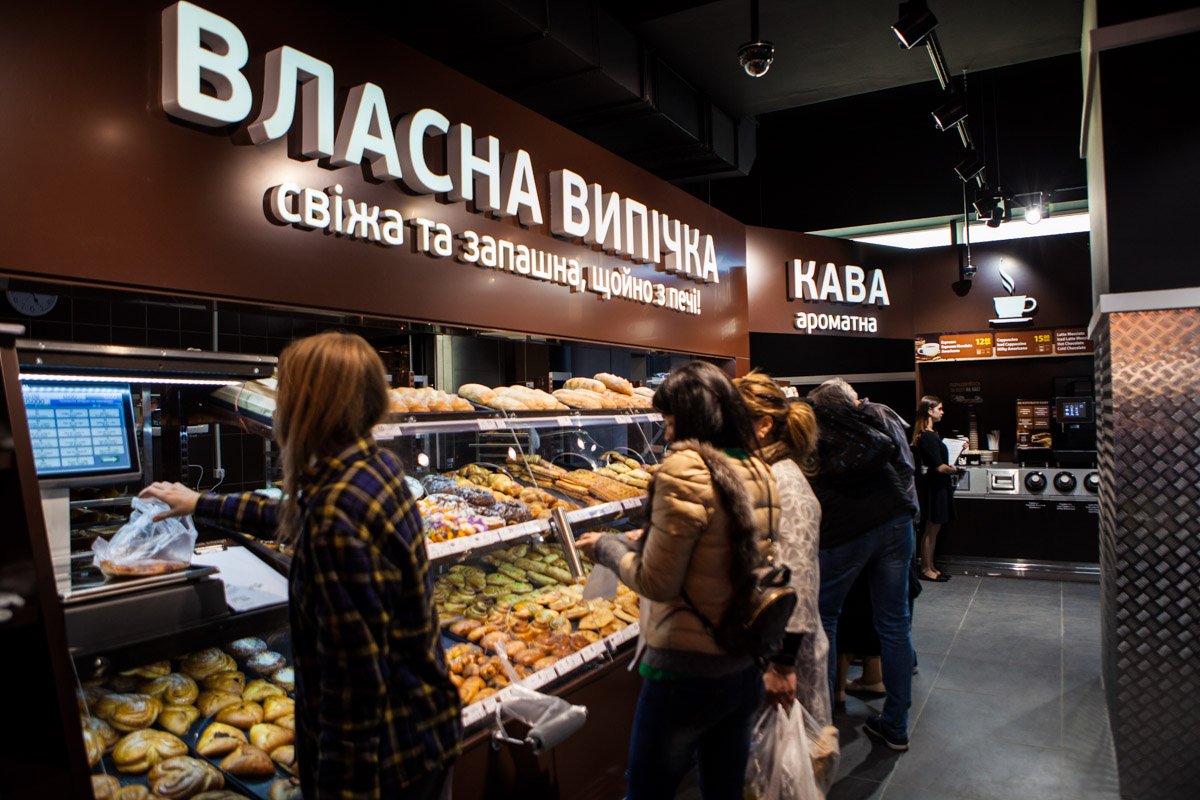 Whereas visitors used to orientate themselves in the room only thanks to employees, now each department is signed. Visitors will immediately find the right product. The aisles between the shelves have also been extended so that customers with trolleys can stretch out without touching each other's elbows.

How has the ATB store changed in 10 years 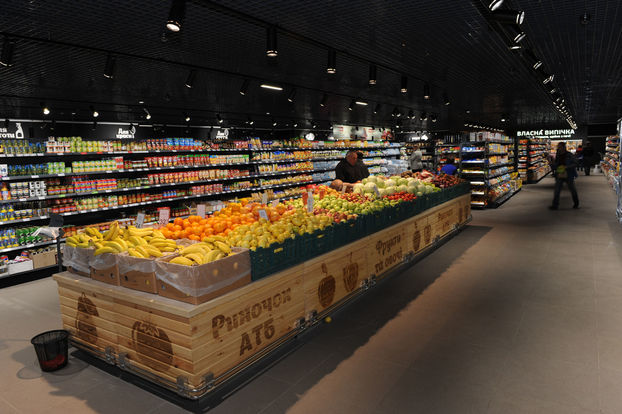 At the end of 2008 there were 150 "Silpo" stores in Ukraine. Today they are already 236. In 2007 Fozzy Group launched the program "For you we can see on the steal!": employees of the companies worked on expanding the range of products and increasing loyalty, introduced a program for regular customers "Vlasniy Shells", modernized the equipment and replaced showcases.

Today, changes in supermarkets are more focused on playing with the emotions of buyers. Since 2016 several brand new themed "Silpo" have been opened all over Ukraine: in the style of German village in Odessa, in Jamaican style in Brovary, based on the fairytale "Alice in Wonderland" and in the style of a medieval castle in Lviv, in the style of art deco and optical illusion in Kiev, in the style of railway in Kiev region, in rock-style in Ternopil and so on. 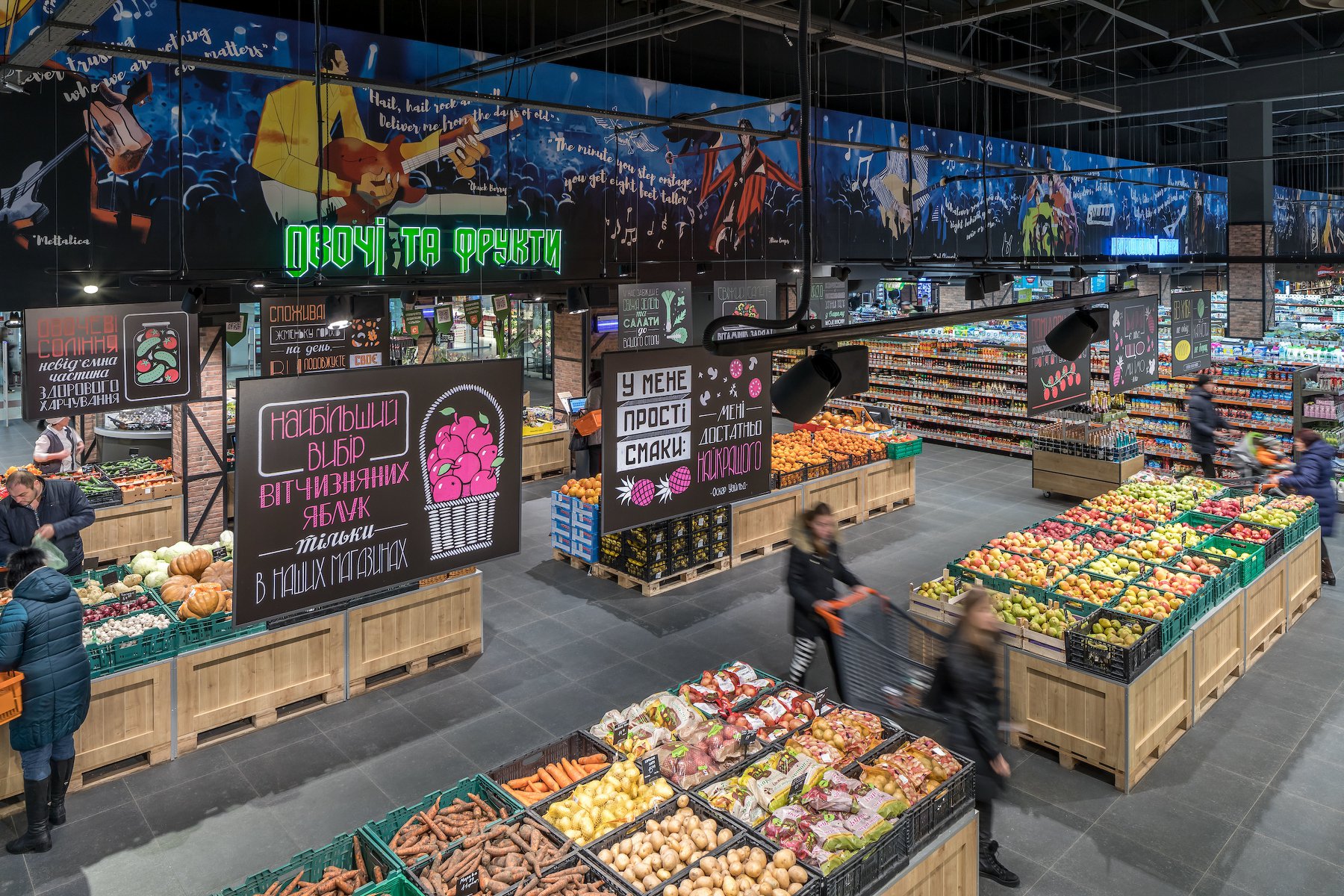 In addition, the store changed its format a little bit and became a "food court supermarket". There's a cafe, a grill bar on the grounds. 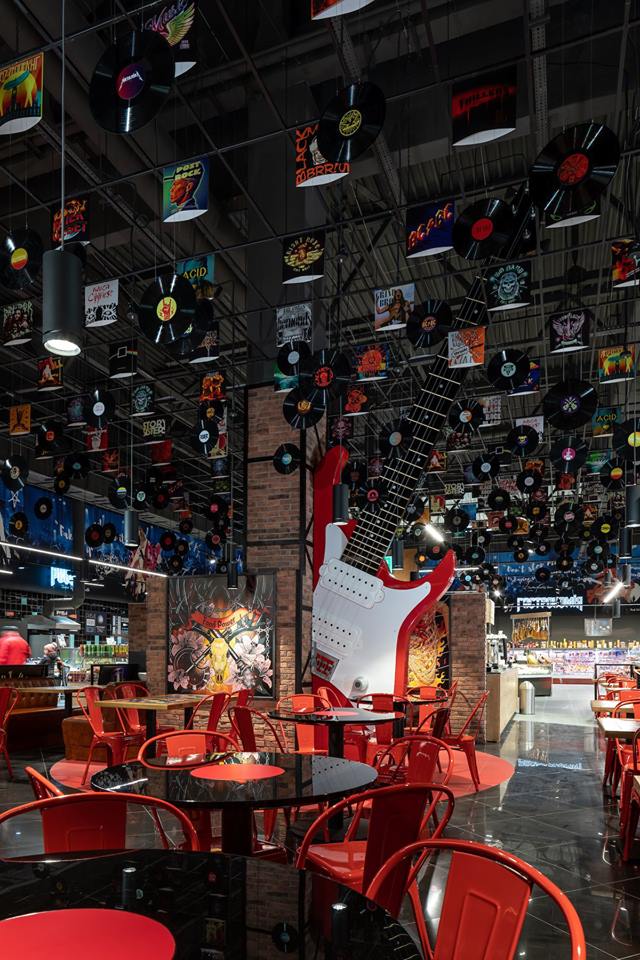 In 2009 there were 674 branded retail stores worldwide, in 2018 — 1182. The company attracts famous athletes to promote its products: in 2010 Nike played Cristiano Ronaldo in sneakers, in 2018 the brand was presented by Colin Capernicus — quarterback for the San Francisco Forty Niners National Football League club. But if the brand still chooses athletes for advertising, the retail space is constantly changing, new technologies and services appear.

The Nike store 10 years ago 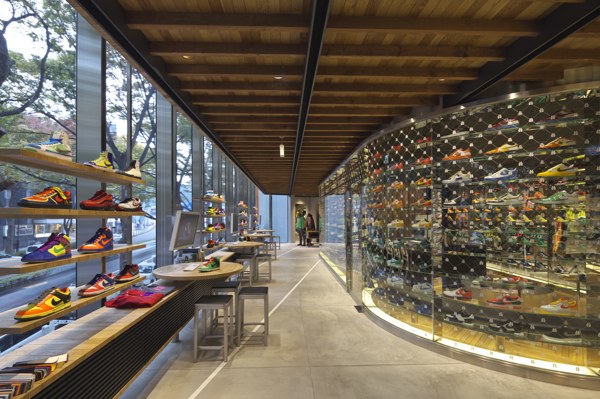 The new concept store in Los Angeles combines digital and brick-and-mortar technology. In this store, in addition to the shelving of goods, there is also a snicker bar: customers can consult on goods, test products on simulators, order individual models of sneakers or shorts. The concept is built on the basis of NikePlus users' data. You can book a product on NikePlus and pick it up in a store in an intelligent locker or using the Swoosh Text service. To learn more about a product, simply scan the code through the application. 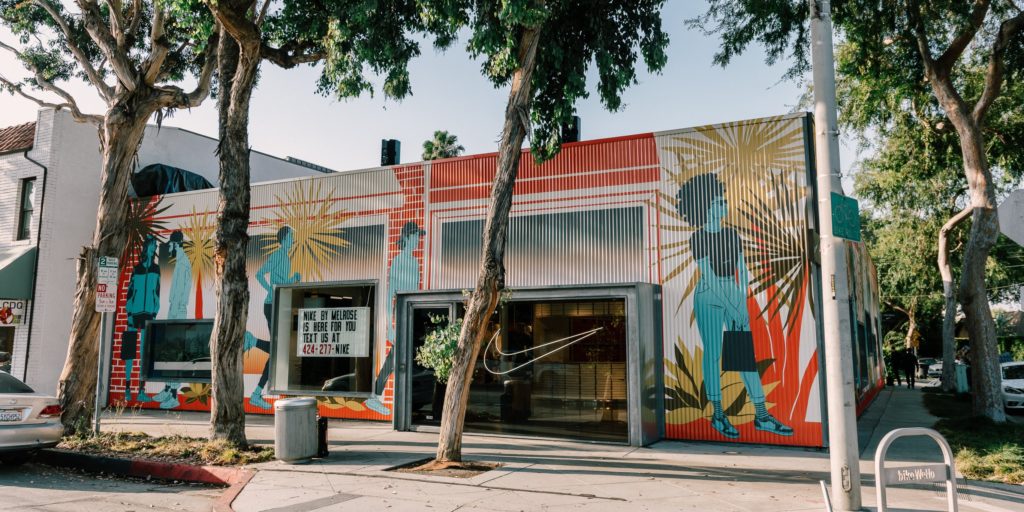 Another feature is that the system knows about the visitor and his behavior before he enters the store. Users of NikePlus will know as soon as they appear in the geophoto area, and the system automatically detects and stores goods that may be useful to them. 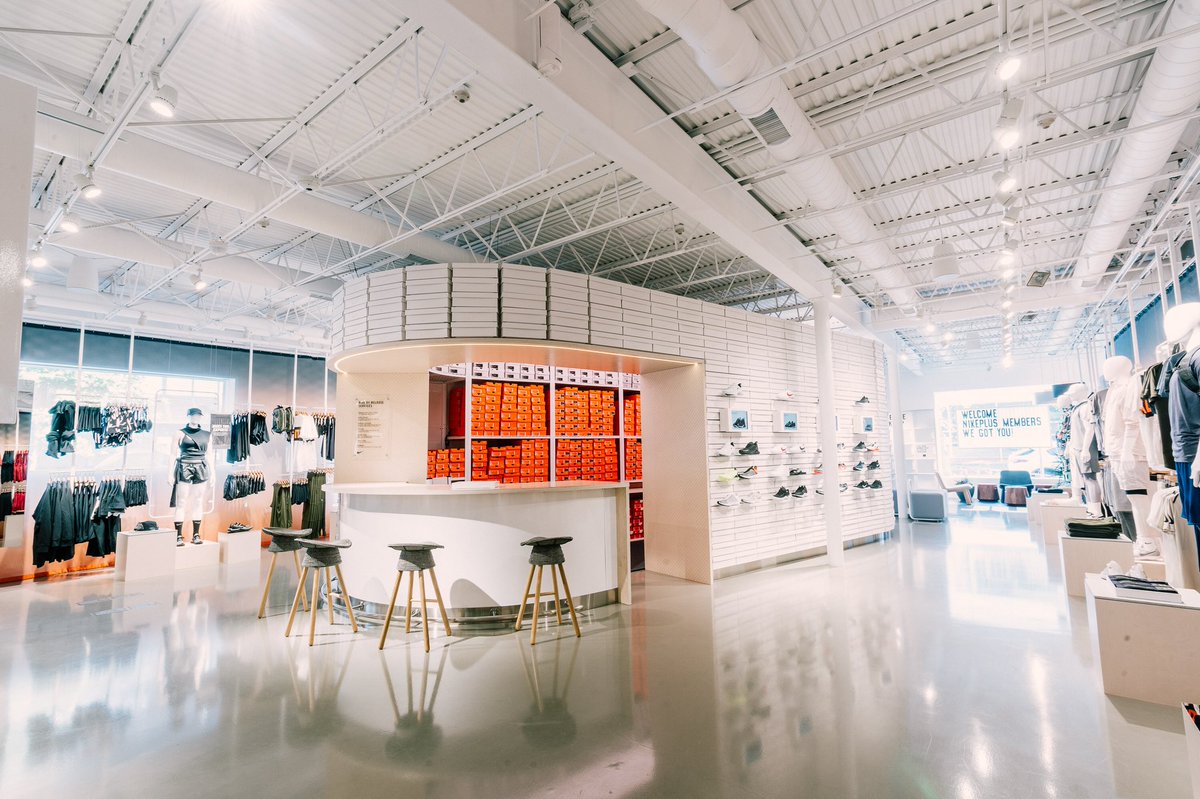 In 2008, one of the largest shopping and entertainment complexes for children in Ukraine — "Mega Antoshka" opened in Kharkov. At that time, the retail chain consisted of 25 stores. Today there are 37 points of sale in different formats.

"Mega-Antoshka" in Kharkiv: how did the brand change 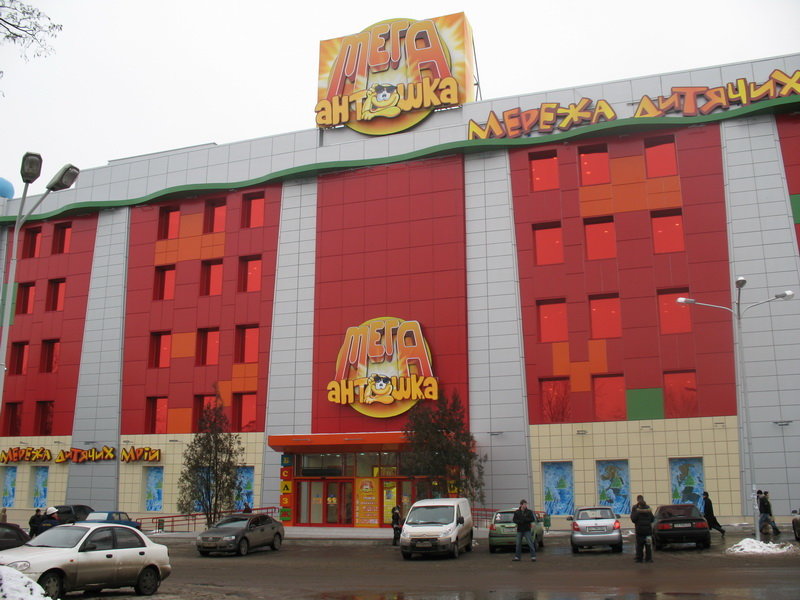 Just 10 years ago, the company combined a shop, a hairdresser's, a playground and a room for consultations with a pediatrician in one room. In 2017, a completely new format of stores was opened. What has changed: assortment, zoning, design. The company has improved its service both in offline and online shops. A "virtual shelf" was launched here: if a product is not in the store, you can order it in a special module.

"Antoshka" of a new format: what has changed in 10 years 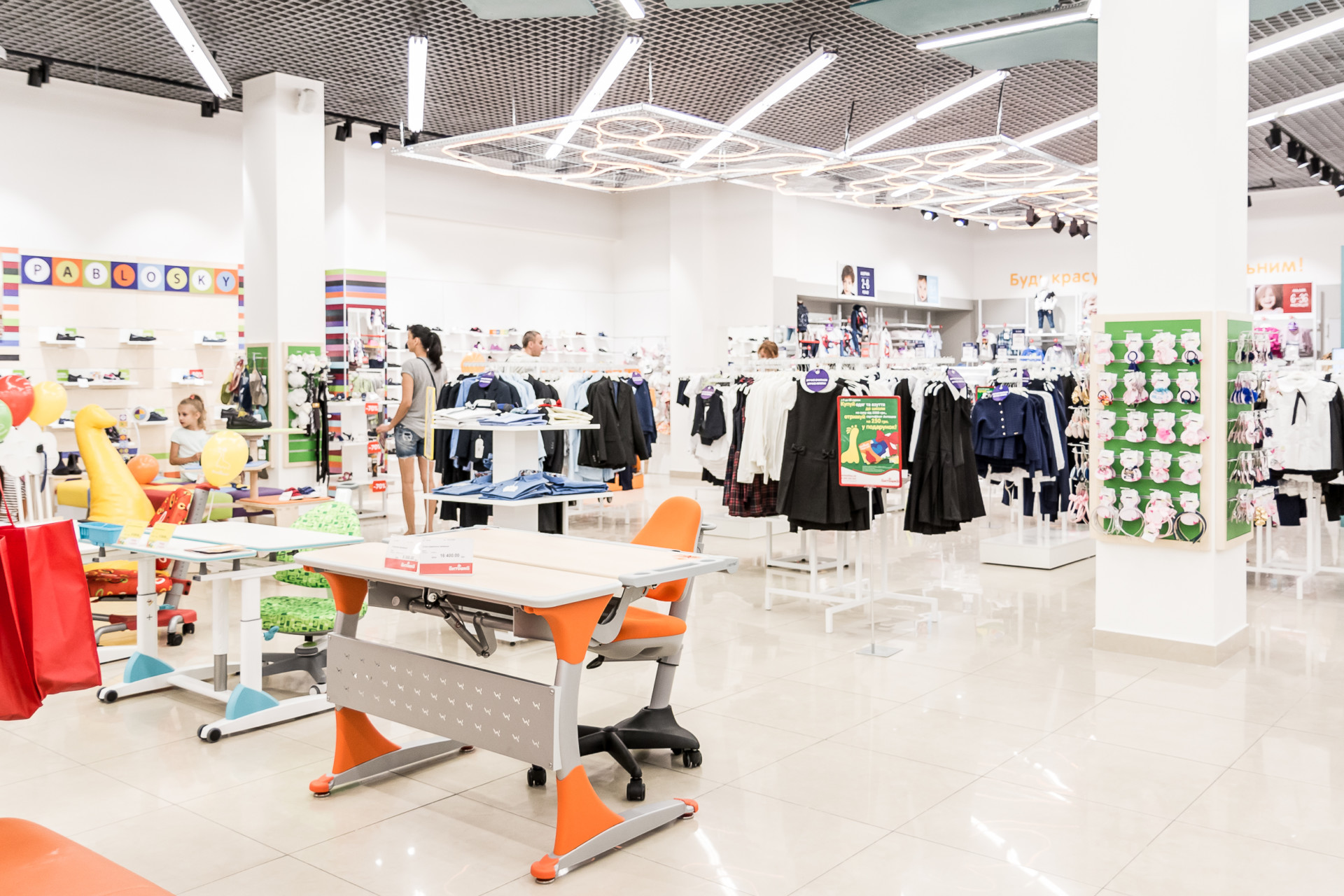 It was highlighted that some shops have a pediatrician who advises on nutrition and child care. There is also a play area and a mother and child room where you can test your hygiene products for free. 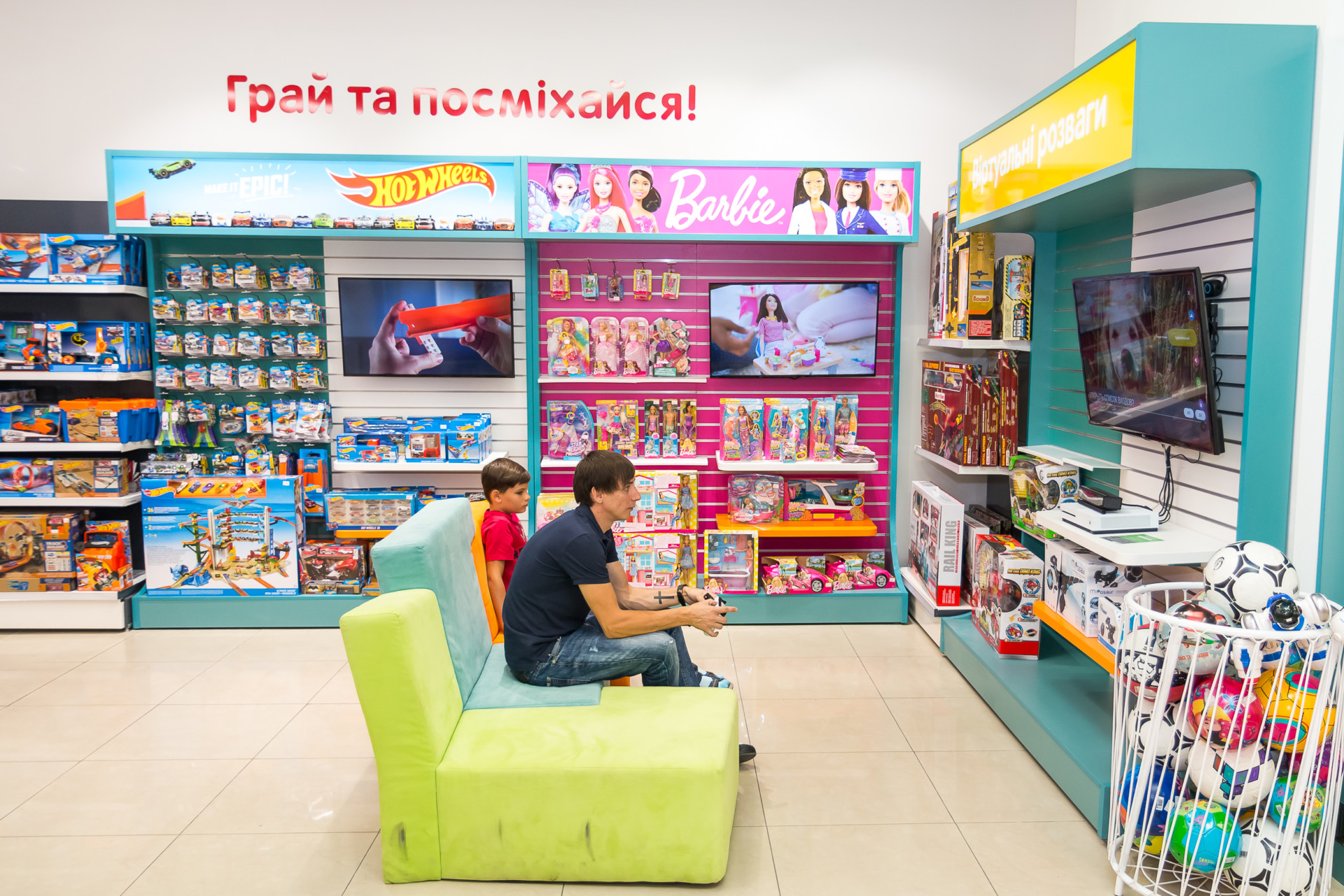 In 10 years, the company has 2 online stores, and the assortment has expanded with sports brands. Now Intertop uses an omnikal approach, sales go through offline and online stores, there are several delivery options, as well as online shelf on the point. 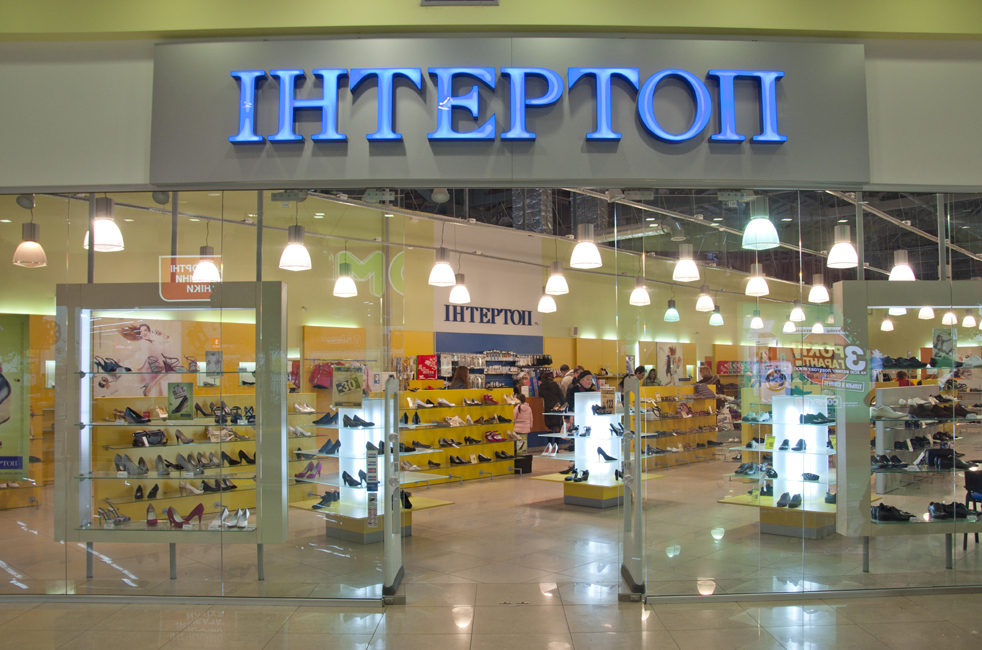 The company already has two omnikaline oriented stores. Premises are two times smaller in size than regular chain stores. There's no huge warehouse, but there are info kiosks. If there are no shoes of a certain size or color on the point, the buyer can order them. 10 years ago, consultants sent customers for the right size to another store, today it is improving service for the customer. 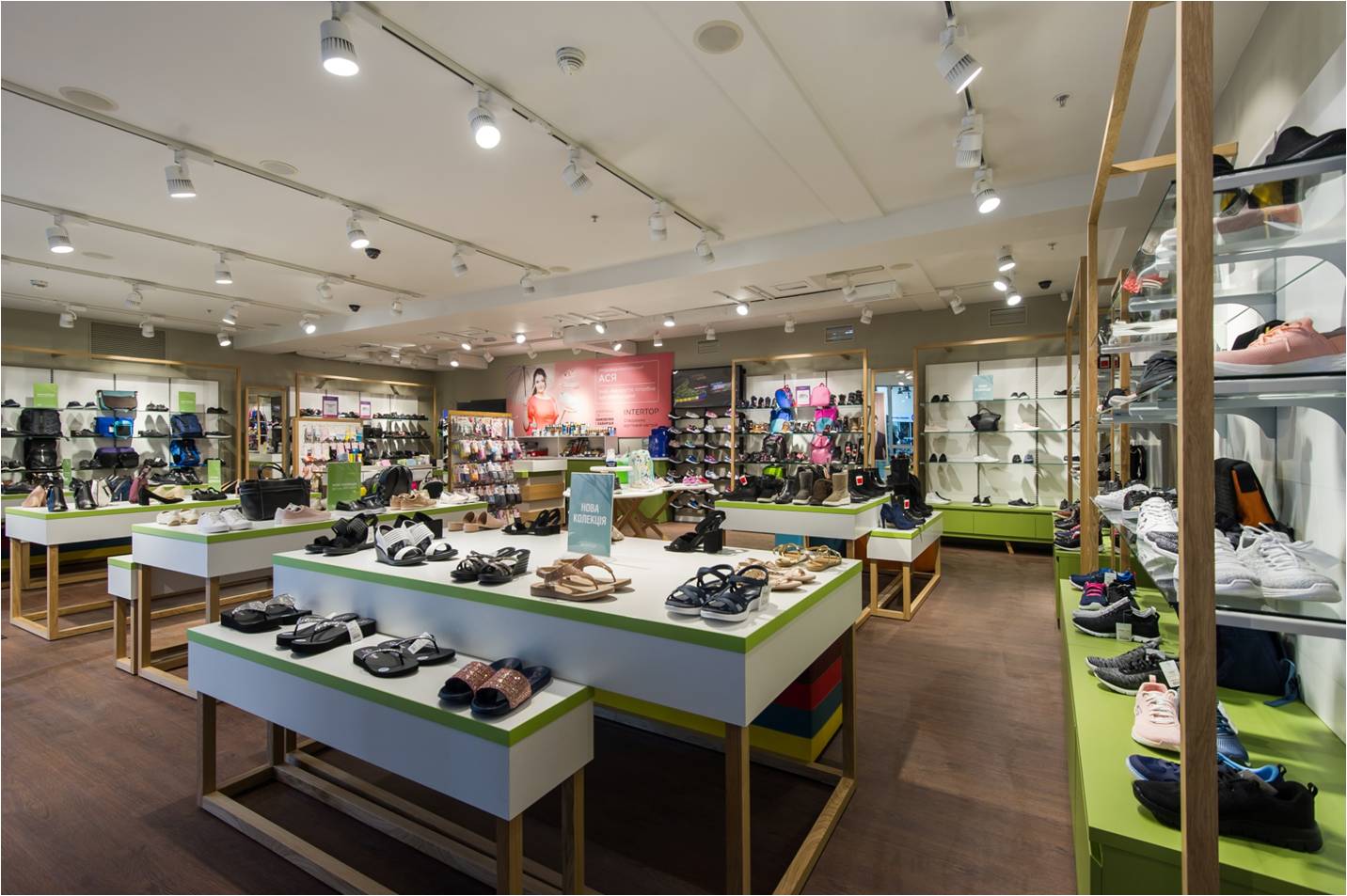 By the way, the care of consumers is also read in the advertising campaign for the 2018 season shoes. Intertop decided to show that consultants personally check the shoes for water resistance, frost resistance and so on. 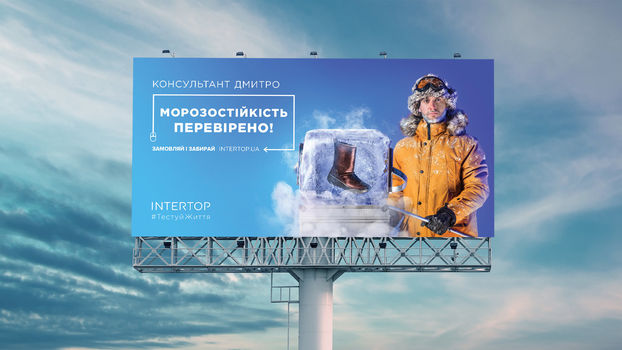 Just over 10 years ago, a new operating director came to the company, who proposed a glass facade, change the location of the cafe and the location of goods, reduce the height of commercial structures and add low shelves of products to the entrance. And 5 years ago in the territory of hypermarkets there were departments with goods for decoration, dishes, household chemicals, stationery and so on.

In 2018 a new format of "Epicenter K" was opened in Kiev. In addition to familiar departments, the new shopping center has products for gardens, cosmetics and perfumes, flowers. There is also a tool repair shop, bicycle and ski equipment service points, a recreation area, a cafe and a restaurant. 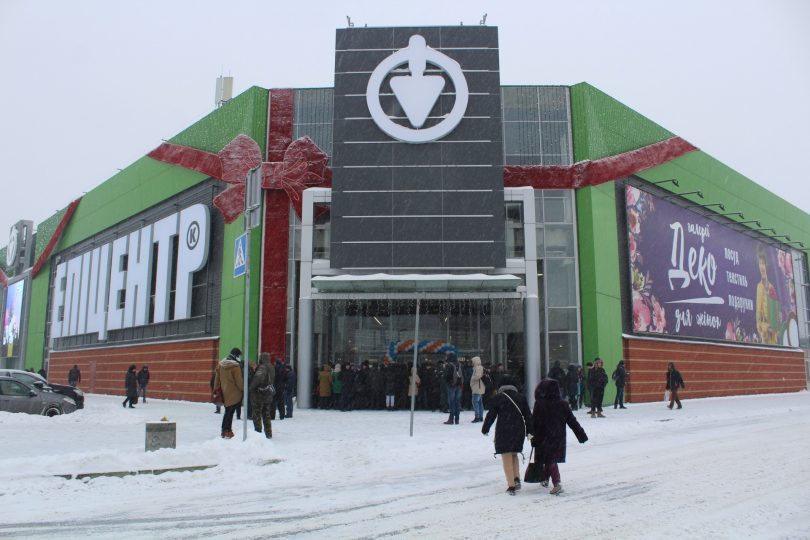 In 2008, the first store of the jewelry factory was opened. Today, the network has about 200 retail outlets. The company also has its own online store and design studio, which regularly develops new jewelry. 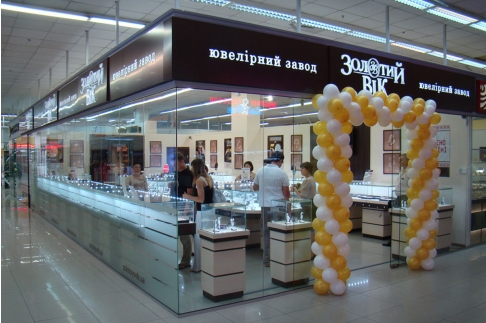 In 2016 the company launched its Silver Land brand on the Polish market. They opened 2 shops in "islands" format. In addition to expanding its borders, the company actively develops its service, motivates its team, develops and implements new promotions. 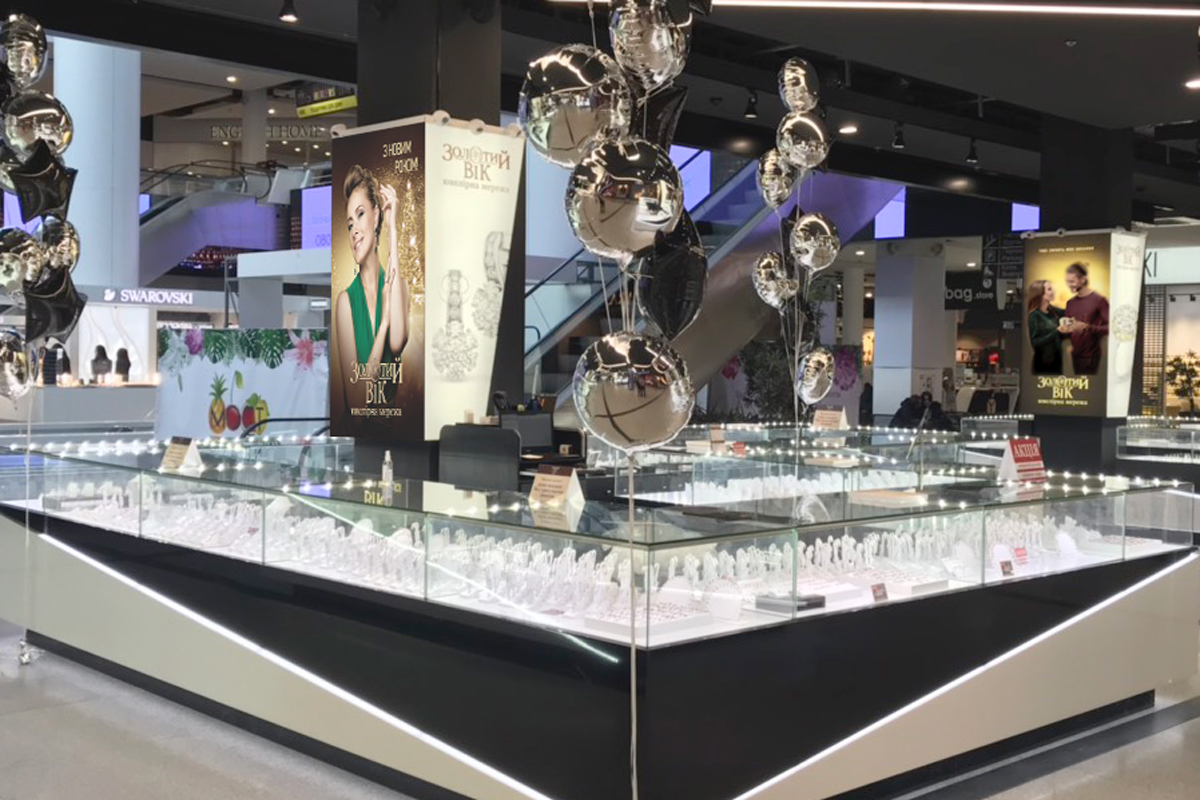 What brands are betting on today:

Ustor follows the market trends and is ready to offer solutions that will transform the retail space and fit into the overall concept. We work with standard series and design sketches.

The proper product placement in the shop works better than advertising. The company Ustor specializes in finding and manufacturing the right display systems for product layouts. These are not just […]

How to choose the form and color for retail display system [shelving units, showcases, counters]

A short excursion into the history of U.S. retailing and multifunctional design of downtowns Downtown New York, Manhattan is one of the oldest and largest business centers in the world, […]

Once ephemeral and innovative, Pop-up container shops have flooded retailers around the globe. From ordinary, standard metal containers for sea freight! The very ones that dust in port warehouses in […]