MainTop 10 of the oldest U.S. retail chains preserved to this day

Top 10 of the oldest U.S. retail chains preserved to this day 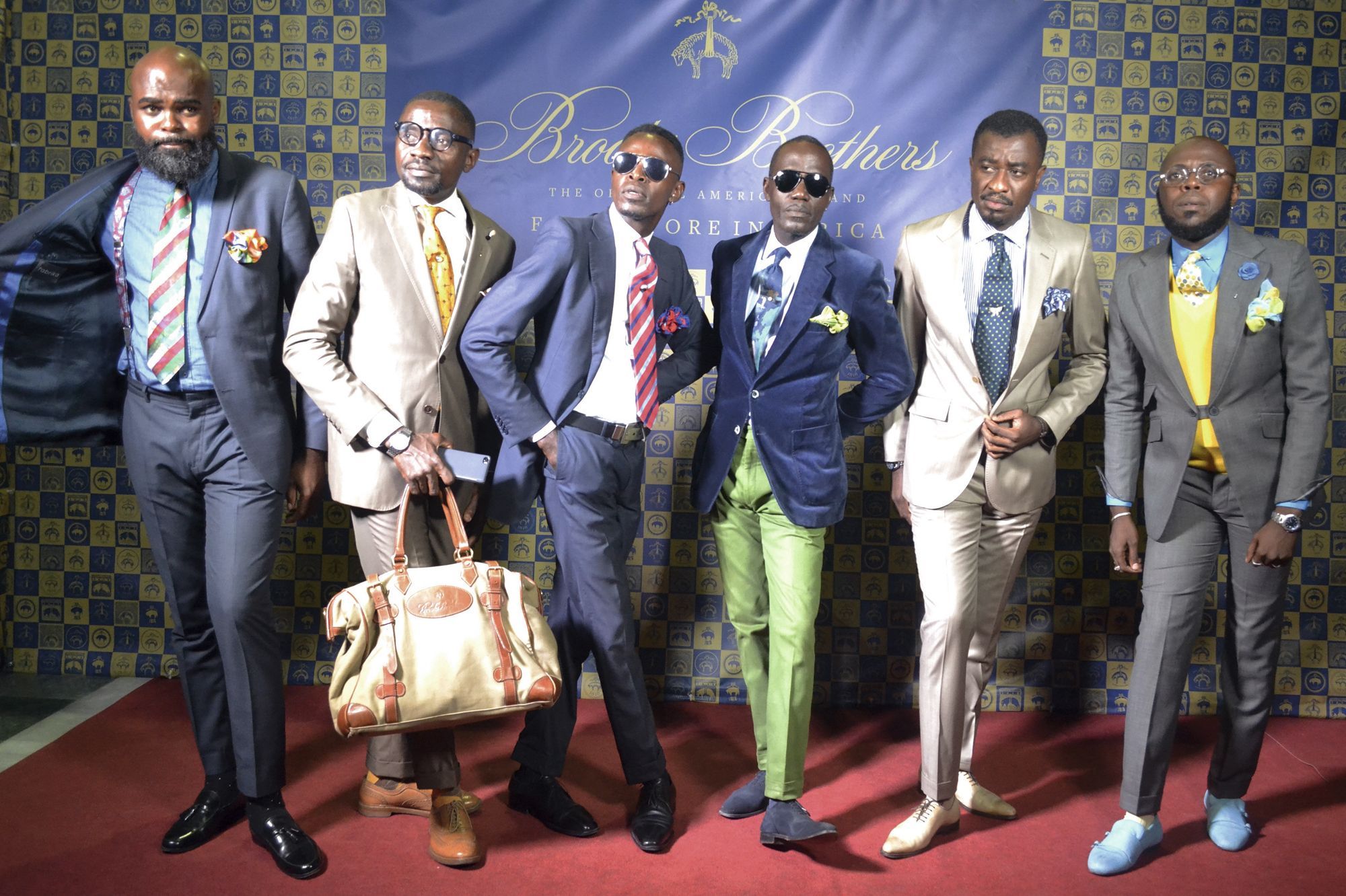 A history of online retailing with 10 oldest and most respected names.

This article assembles the top 10 of the oldest retail chains in the U.S. that have survived to this day. Every Title is a monumental case study of how to run a trading business. It's not just some successful players or stable brands of the retail market, but the real "salt of the earth" of retail - chthonic mastodons, wrapped on their beards for a century and a half or two!

Retail is currently experiencing one of the most difficult and aggressive economic climates, but these companies have seen, and most importantly - have borne on their shoulders times and circumstances much worse. For two centuries, they have managed to succeed and give their customers what they want. They relentlessly adapted to market conditions, resisted competition and expanded their base; they were able to avoid the accumulation of excessive debt and the recent wave of consolidation and closure of retail stores. That is why their experience deserves special recognition.

To qualify, each company had to have at least 10 stores in the United States, or exceed $100 million in sales. In doing so, each brand had to operate continuously until today, finding its own winning recipe for longevity and success in chain retailing. This Top 10 was comprised of web-based retail research, industry sources and contacts with retail experts.

Sears, Roebuck and Company, commonly known as Sears, was founded by Richard Warren Sears in Chicago as a watch retailer. The retailer's business grew rapidly to sell everything from sewing machines to cars. By 1895, the company had produced a 532-page catalogue, which became known as the Consumer Bible. The first Sears store was opened in Chicago in 1925. Today, Sears operates more than 1500 stores under various brands and formats.

Barnes & Noble is the largest book retailer in the United States. The company began its operations in 1873 in Wheaton, Illinois, as a book publisher under the direction of Charles M. Barnes. He opened his first bookshop in 1917 in partnership with J. Clifford Noble in New York City, where the company remains today. Today it operates 638 stores in all 50 states and dominates the book business in the United States.

Petersen and his three sons opened their 20 by 50 foot store in downtown Davenport, Iowa, in 1872. In 1916, the Petersen family sold a much larger department store to the Harned & von Maur partnership, which also had a store opened in 1887. By 1928, the two stores had been merged into one under the name Petersen Harned & von Maur. The von Maur family took full ownership of the stores in 1937 and officially changed the name to Von Maur in 1989. Today, Von Maur has grown into a retail chain of 31 stores with department stores in 14 states. The signature element of Von Maur stores is a pianist who performs live for customers during working hours.

Saks Fifth Avenue is the successor to a business founded by Andrew Saks called Saks & Company. In 1923 it merged with the Gimbel Brothers and operated as an autonomous unit. In 1924, Horace Sachs and Bernard Gimbel opened the high-end Saks Fifth Avenue in New York City. They made their dream come true: a shop that became a symbol, synonymous with fashionable, elegant, aristocratic lifestyle. Until now, wealthy customers come to the Saks Fifth Avenue only for service and the latest collections. In 2013, Hudson's Bay Company (HBC) acquired Saks Fifth Avenue and opened its first store in Canada in 2016.

Bloomingdale's, now owned by Macy's, was founded in 1861 by brothers Joseph and Liman J. Bloomingdale. They began selling hoop skirts, and when their popularity fell, the brothers switched to women's clothing and special accessories. The store became famous for serving privileged customers with concierges, which is now better known as customer focus combined with database technology. Today there are 20 stores in this network, located mostly in coastal states.

George S. Shaw opened his first store in Portland, Maine, in 1861. It was a tea shop that gradually expanded and sold food in New England. A few years later another New Zealander, Maynard A. Davis, founded several Brockton Open Markets (BPM) in the Brockton and New Bedford areas of Massachusetts. In 1919, the companies merged but operated independently. Only in 1979 did the company officially stop at the name of the supermarket Shaw`s. Today in New England there are 133 supermarkets Shaw`s, and the parent company is Albertson.

Macy's was founded by Rowland Hassie Macy, who moved to New York in 1858 and founded R.H Macy Dry Goods. From the very beginning, the Macy's logo depicts a star based on a tattoo that Macy received as a teenager on the Nantucket whaling boat. Today Macy's is the country's largest department store chain with more than 700 stores, and one of the largest U.S. retailers. It has also become an icon of media and pop culture, largely thanks to the famous Memorial Day Parade, which combines the themes of Thanksgiving and Christmas into a national television extravaganza. 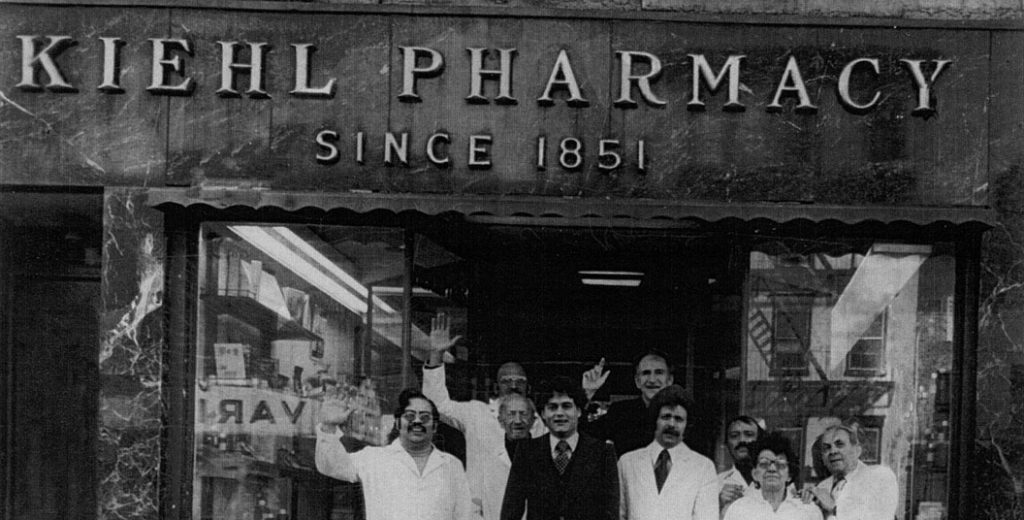 The predecessor of the original Kiehl Pharmacy, Brunswick Apotheke pharmacy opened in the East Village in New York City in 1851 at the corner of Third Avenue and 13th Street. In 1894, John Keel's apprentice bought the pharmacy and renamed it Kiehl Pharmacy. In 1921 Irving Morse bought the pharmacy from retired John Kiel, plus a family recipe for a mixture of "Love Butter", which was the original formula for the famous Kiel butter. Today, Kiehl's belongs to the L'Oreal Group and has a network of more than 250 stores worldwide, as well as about 1000 other stores selling its luxurious skin care products.

Samuel Lord and George Washington Taylor founded the shop in 1826 to sell specialty women's clothing. Today, it is the oldest mid- to high-end department store chain in the United States. Lord & Taylor, known as an innovator for many decades, was the first store to feature impressive Christmas windows filled with decorative holiday displays rather than products. Today it is owned by Hudson Bay Company (HBC) and operates 45 stores in nine states. 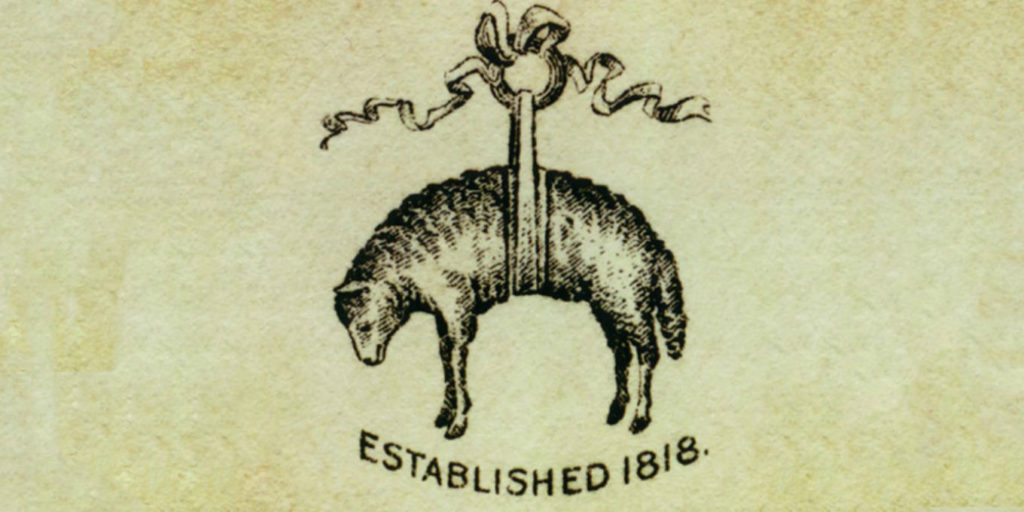 On April 7, 1818, Henry Sands Brooks founded H. & D.H. Brooks & Co. Today the company is the oldest men's clothing brand in the U.S. and one of the oldest permanent businesses in the country. In 1870, the four sons of Brooks inherited the family business and renamed it Brooks Brothers. The retailer is known for presenting ready-made men's suits to American buyers. It is currently owned by a private alliance of retail brands (renamed The Brooks Brothers Group) and operates 210 stores in the United States and 70 in other countries.

There are other retailers that didn't make it to the top 10 but deserve special attention for their ability to survive in the market for 100 years or more include:

Ukrainian vending trends Automation and sales through vending machines are showing increasingly positive trends in the growth of their share in retail worldwide. But what is the situation with vending […]

If you’re looking for the best colors of commercial equipment, you should first of all focus on the store interior. For example, white shelves do not distract from the goods, […]

Universal shelving is not suitable for you if you need to highlight products in the sales area. And standard designs will not demonstrate hand tools as well as equipment with […]