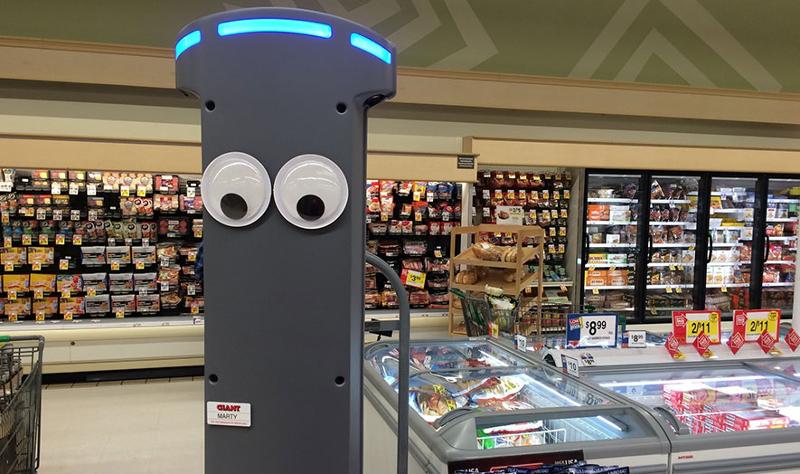 Line personnel usually account for about 80% of the company's total staff. It is this category of retail workers - sales assistants, cashiers, freight forwarders - who are most likely to emigrate. According to various data, more than 7 million Ukrainians work abroad, 3 of them - on a permanent basis. As we can see, Ukrainian retail is currently experiencing a personnel shortage.

The cost of labor increases annually, while the number of job seekers, on the contrary, decreases. One third of Ukrainian entrepreneurs consider the lack of qualified personnel as the main factor constraining their business development. Under such conditions, retailers have to increasingly resort to technologies aimed at improving sales and service with minimal staff participation. You can find out how and which technologies are most often used in this article. 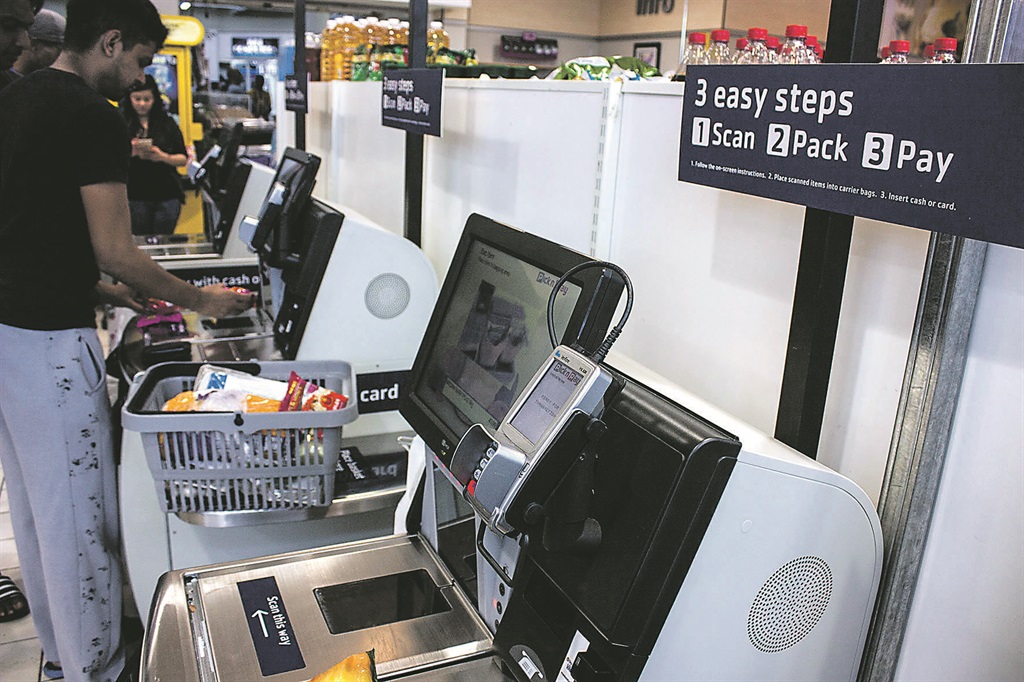 Self-checkout checkout counters and similar self-service systems are equally well established in large supermarkets and hypermarkets as well as in small retail stores. Their market is constantly evolving and is growing by around 10 percent a year. Velmart and Velyka Kishenya were the first in Ukraine to start installing self-service cash registers - in May 2013. According to the management, such solutions recoup in about a year, although initially they cost about 6-8 times more expensive than conventional cash registers.

Self-service cash registers allow customers to scan selected goods themselves, pack them and pay for them in their preferred way. For many, this has proven to be more convenient and quicker than waiting in line to the cashier. Tavriya V tested such cash registers in 2015 in the shopping center Vuzovsky, and then installed them in their other stores in Odessa and in Kiev. In 2017, the retail network NOVUS also began using them.

One can list for a long time the advantages of electronic price tags over conventional ones:

- they allow you to change the price of goods in the store in minutes;
- simplify various promotions and other marketing activities;
- it saves money on materials and staff;
- improving loyalty programs and creating individual offers;
- no errors in prices related to the human factor;
- more effective presentation of goods, attracting attention;
- product hints, additional sales of related products, etc.

Demand for electronic price lists is steadily growing worldwide. This is due to the need for a more economical and effective alternative to regular price tags, as well as active automation processes, which are subject to modern retail. 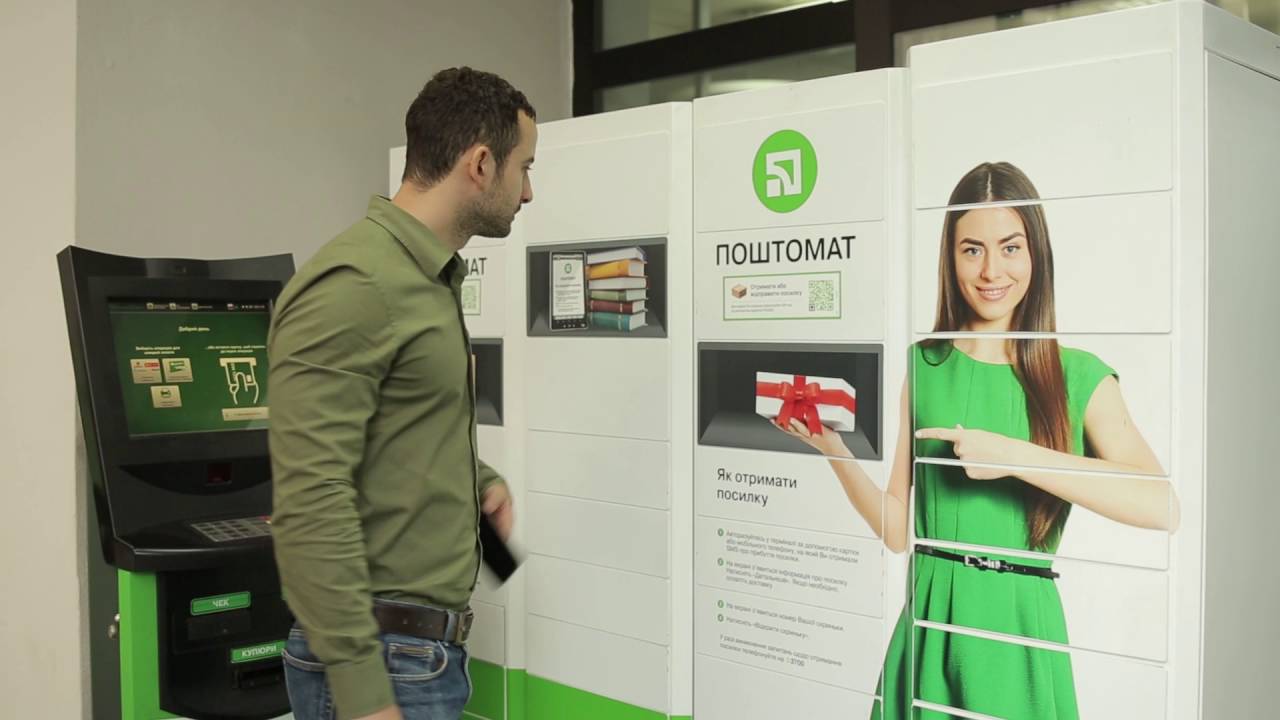 In Ukraine, only 6 out of 25 online stores offer customers to pick up the purchase through the delivery lockers of PrivatBank. Nova Poshta has been developing its parcel locker service since 2016. Walmart customers, for example, already use the Click & Collect system: they enter the order number on the terminal, scan the bar code sent and receive their purchase.

In the United Kingdom, the Asda network was a pioneer, after which robotic machines for issuing online orders were installed by other major retailers. Zara, for example, has launched its own self-service kiosk.

While other global online retailers are suffering colossal losses due to increasing turnover, more than 100,000 special robots at Amazon are solving the problem of warehouse logistics. But even they lost about $7 billion in 2017 on storage and delivery of goods.

With process automation, Amazon was able to achieve a multiple reduction in cycle times in its warehouses - from one hour or more to only 15 minutes! Moreover, warehouse robots reduced maintenance costs by 20 percent and doubled the amount of goods served in one warehouse.

Last year, Alibaba sites counted about 267 million completed orders after the sale on November 11. The only way to cope with these volumes is a complete technological upgrade of the warehouse platform with digitization and robotization.

Autonomous stores without cashiers and sellers 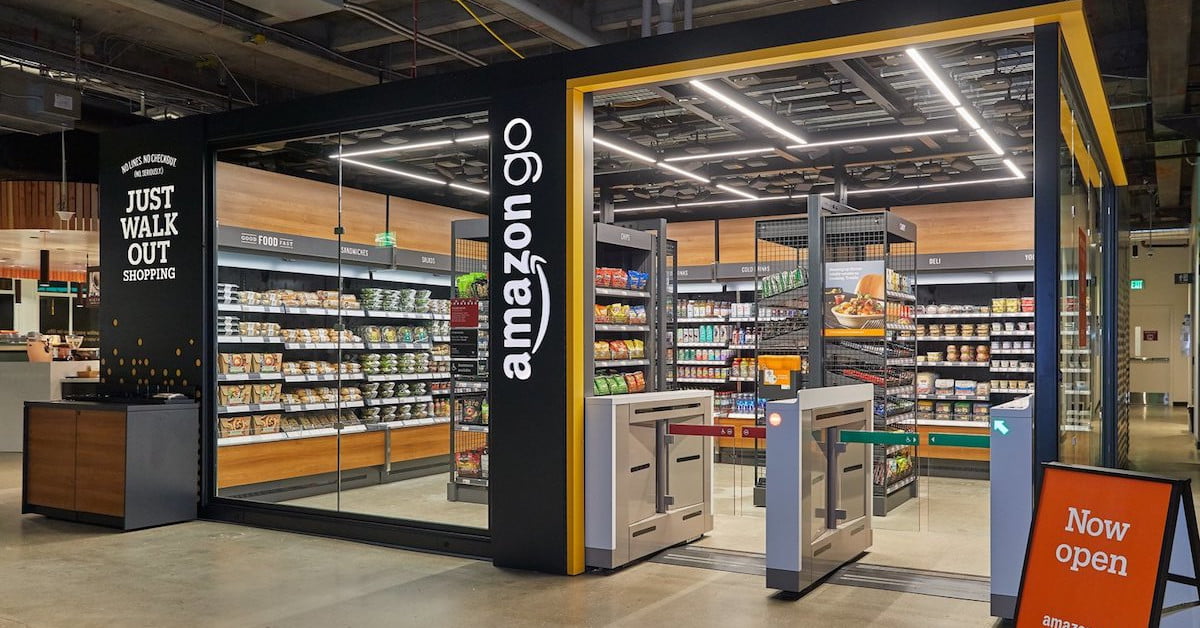 In the U.S., Amazon Go is already successfully operating fully automated stores that monitor all visitor activities with hundreds of sensors and cameras. Amazon's competitors are Project Kepler stores owned by Walmart, which operate under a similar scheme: items in the shopping cart are scanned by the program and then automatically paid for.

China's major online retailer JD.com has taken on the challenge of Amazon and Walmart. It has announced plans to open hundreds of its own automated 7Fresh stores across China. The first such store has already opened in Beijing's Dazu Plaza shopping center, near the company's headquarters. 7Fresh stores use biometric payment technology and analytics based on Big Data. All in order to meet the expectations of demanding, accustomed to innovations of Asian buyers.

In the future, JD.com is also planning:
- to equip their stores with robotic carts that will automatically follow the customer through the store;
- organize a delivery service within a five-kilometer radius of 7Fresh stores - within half an hour. 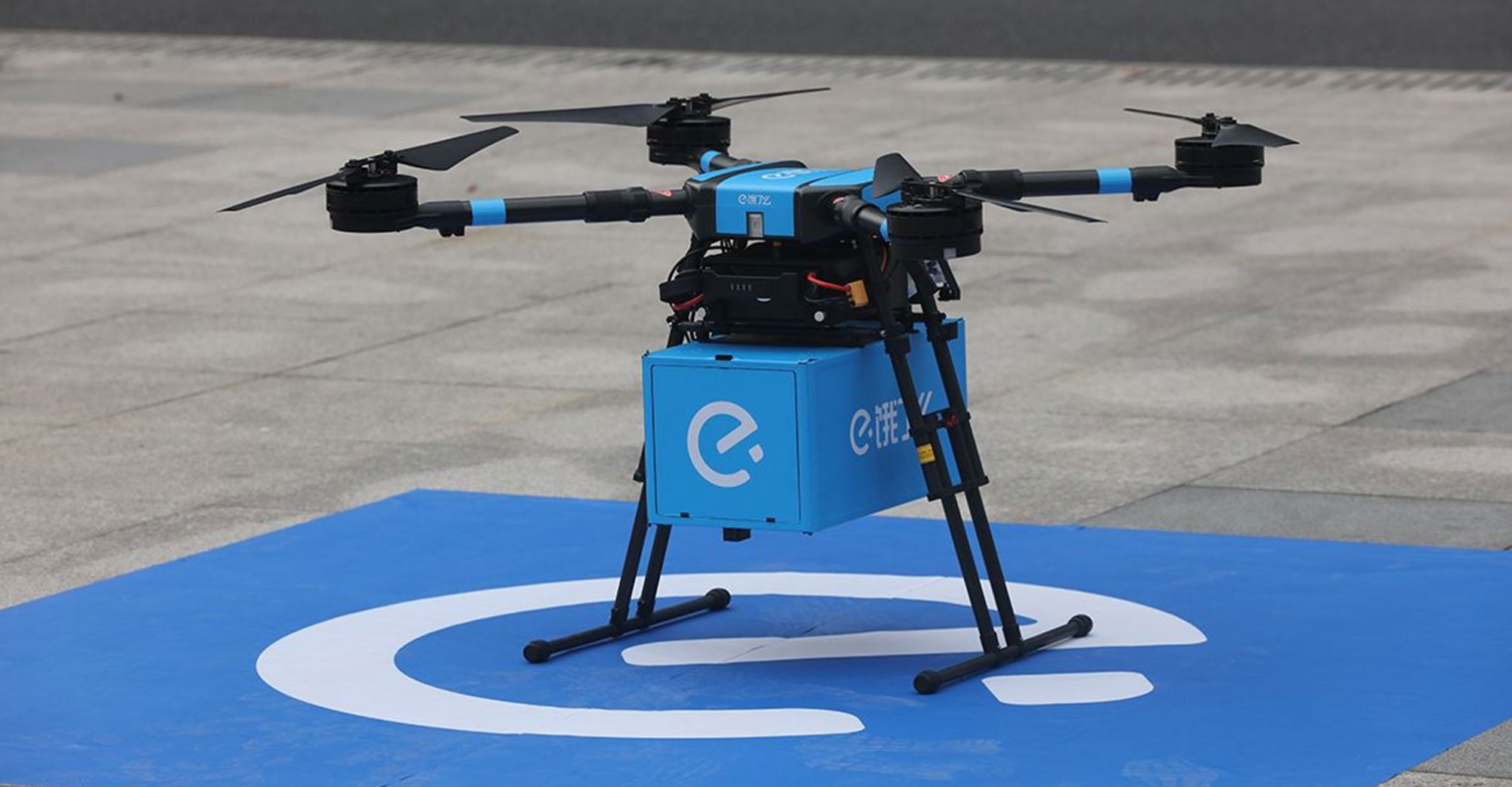 Many people have heard of Amazon Prime Air, but Amazon is not the only one who has successfully invested in unmanned aerial vehicle delivery technology. Another online retail giant, Alibaba, is also creating its own drone delivery network.

In 2017, 3 drones Alibaba Group Holding Ltd were able to deliver 12 kilograms of passion fruit to the island of Maizhou. The five-kilometer flight from the city of Putyan in the conditions of strong wind took them no more than 9 minutes. In the future, the company plans to use drones with a capacity of up to 7 kilograms for fast delivery of food and medicine. 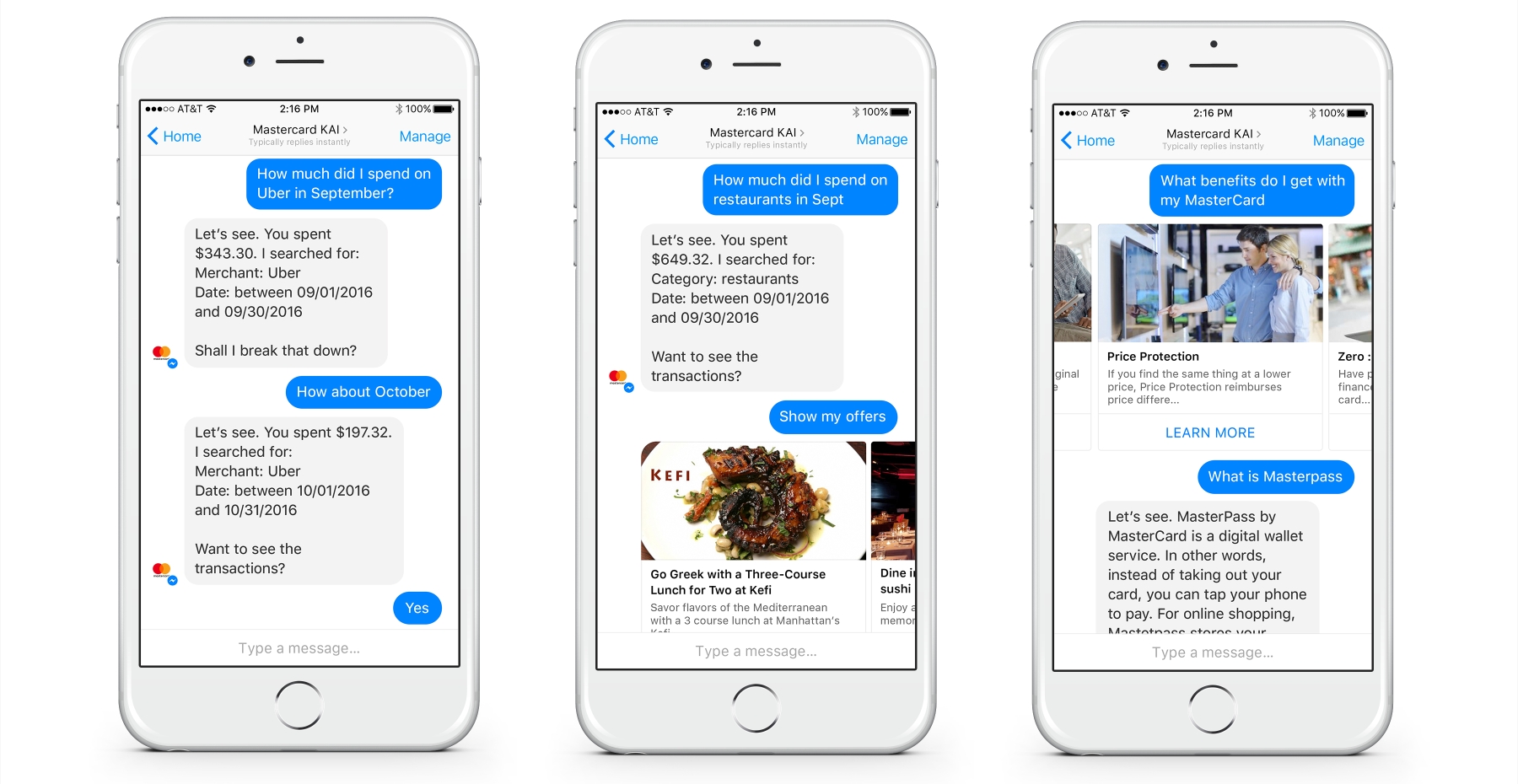 The affordability of smartphones has greatly influenced the communication between a brand and its customers. Just as smartphones have largely replaced desktop computers, chat bots are now replacing the work of call center operators.

Restaurants, banks and the logistics business have been particularly active in taking advantage of chat bots in messengers preferred by the target audience. Chat bots can do a lot: help customers track orders and calculate their value, find answers to questions and get any other relevant information, etc.

Whatever the challenge of time, technology will come to the rescue - where appropriate and cost-effective. You need to consider the format and specifics of your business, and ideally consult with professionals before investing in such innovations.

Spring this year pleases with its early arrival, sunshine, and warmth. Everybody rushes to change into light coats and slowly walks the streets with a cup of coffee in hands… […]

Forced isolation has given consumers a new experience: when you can’t go to an offline store, you have to shop online, even if it previously seemed something new and unfamiliar. […]

How to bring consumers back to offline stores? [Post-quarantine research by Epson]

Be in trend – is an expression used by 9 out of 10 retailers, but how to find out if the company really meets the needs of modern customers. In […]

How To Win A Buyer: Agency Statistics And Trends Of NRF Show & Expo 2019