MainHistory and types of shelving: from the first patents to the present day

History and types of shelving: from the first patents to the present day 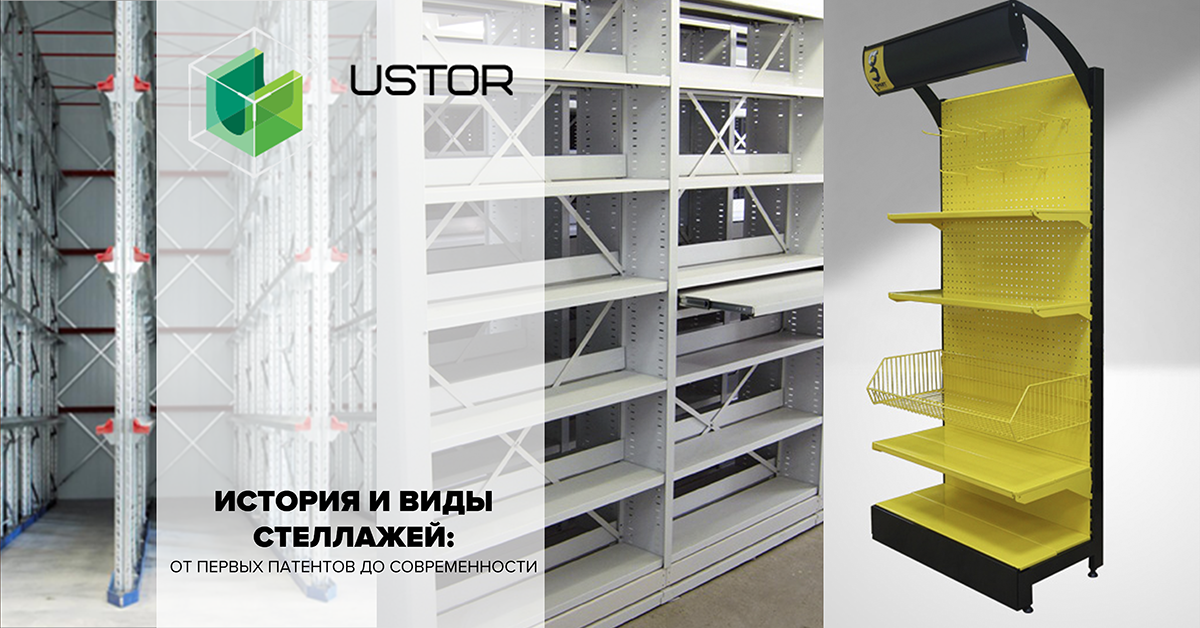 The appearance of the first racks are attributed to the Greeks and Dutch. Actually, the word "stellage" itself has Dutch roots and is translated from Dutch as "folding" something. It is difficult to imagine that once shelves and drawers were for someone in a curiosity, given that today no warehouse, shop and even home interior is not without shelving.

It is believed that the very first racking was invented in the 18th century by some enterprising sailor. He himself built the simplest wooden structure for the hold of a long-range ship, in order to place the cargo in it more safely and compactly. However, these are just rumors, but history requires facts, and facts require confirmation.

Revolutionary patents in the history of shelving

The world's first officially registered patent for a shelving rack construction (US18702 A) is dated November 24, 1857 and belongs to Mr. J.H. Phillips. He named his invention "Cheese Shelf", which, as the name suggests, was intended to store and ripen cheese in his own warehouse. I wonder if Phillips then suspected how far his design finding was really?

Story of the shelving: what were the first models 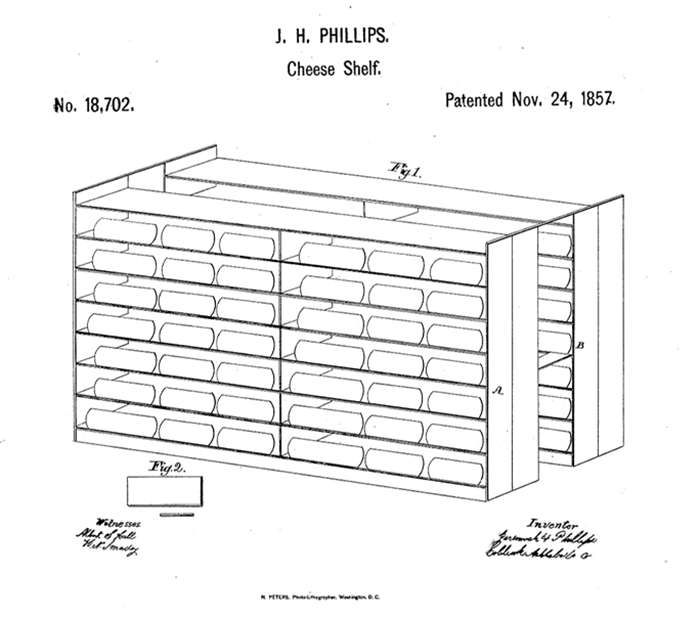 The next breakthrough in the history of warehouse shelving design is rightly considered the appearance of pallets. Some believe that pallet racks appeared in 1935, others believe that it happened during the Second World War. However, officially the first known patent for such a design was granted to a certain S. Saul Jr. in 1951. It was he who invented the prototype of a universal pallet rack, which allowed you to choose the desired height and set the required number of sections, which in turn allowed to adapt such a design to the size and needs of any warehouse. 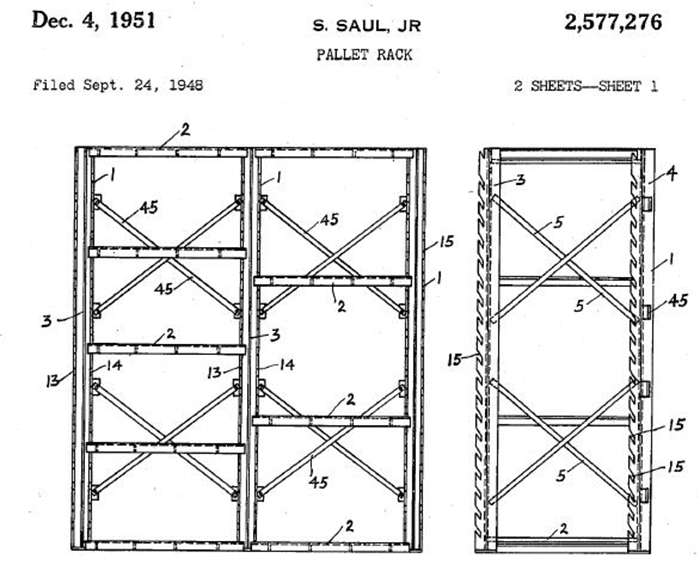 Finally, the third revolutionary milestone in the history of shelving development was the emergence of the design of deep, or as they are called — entry shelving. The patent on them belongs to the inventor T.J. The patent is owned by the inventor T.J. Finlayson and dates back to July 9, 1968. The peculiarity of the so-called deep racks is that they are designed for stackers (loaders) and allow you to use up to 80% of the useful area of the warehouse. They are indispensable for block placement of goods and where the cost of storage is very high: in cold rooms, freezers, and so on. 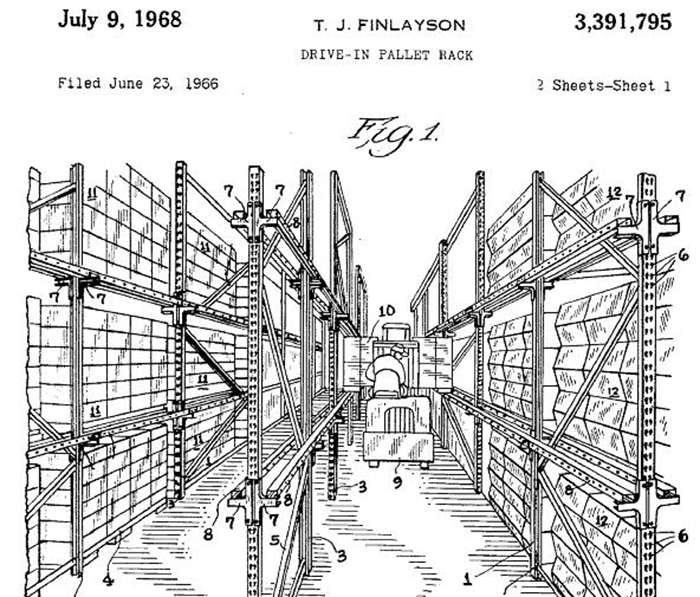 We have described only 3 rack structures, which, in our opinion, became fundamental in the history of their development. Obviously, that's not the end of it. Subsequently, there were many other, fundamentally different structures: gravity racks, shuttle racks, mezzanine racks, cantilever racks, and so on. Born as a simple wooden shelf on an old sailing ship, today racks are used in many areas of human activity. Registration of office premises, points of sale, home interior — practical and convenient designs are everywhere.

Modern metal shelving: what has changed

Today, the design of the shelving is no longer simple and primitive. These are whole designer creations that add beauty and practicality to the room. But in the development of sketches designers and architects are still repelled from the purpose of equipment.

Warehouse racks are designed to store materials and goods in specially equipped warehouses. They are particularly robust, spacious and resistant to wear and tear. By design, it is important that the shelves can withstand heavy loads.

Exhibition or sales shelving systems are characterised by the greatest variety and complexity of structures. They are designed for displaying various items in shops, exhibitions, museums and so on.

Office structures are used to store documents, but can also serve for compact placement of small items, various office equipment and machinery.

Archive racks are used exclusively for orderly storage of documents.

Household shelving is used at home and often has a decorative character. They lay out anything: books, vases, souvenirs, awards, decorations, household items, tools ... and even place terrariums. You can see them not only in apartments, but also in garages, in summer houses.

Modern shelving can be universal and cargo, mobile and cantilever racks. They are no longer just standard shelves, designed only for displaying goods. It is a marketing tool [just add the company logo on them and choose the right colors], a beautiful interior detail and design that helps rational use of square meters.

History of shelving: an example of modern models 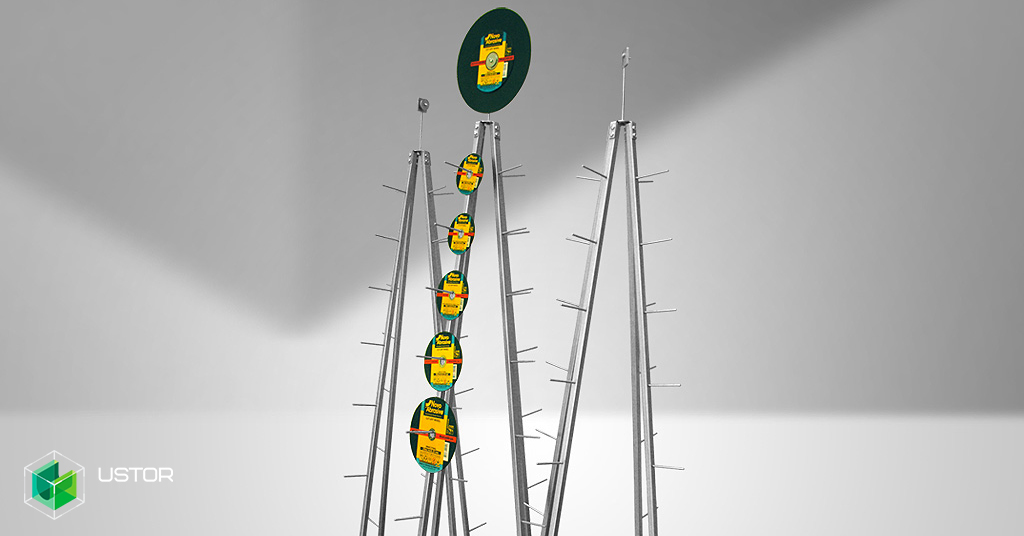 Most modern racks are made of metal. Such structures are notable for their strength and durability. They can withstand the weight of bulky goods and look attractive.

History of shelving: an example of branded shelving 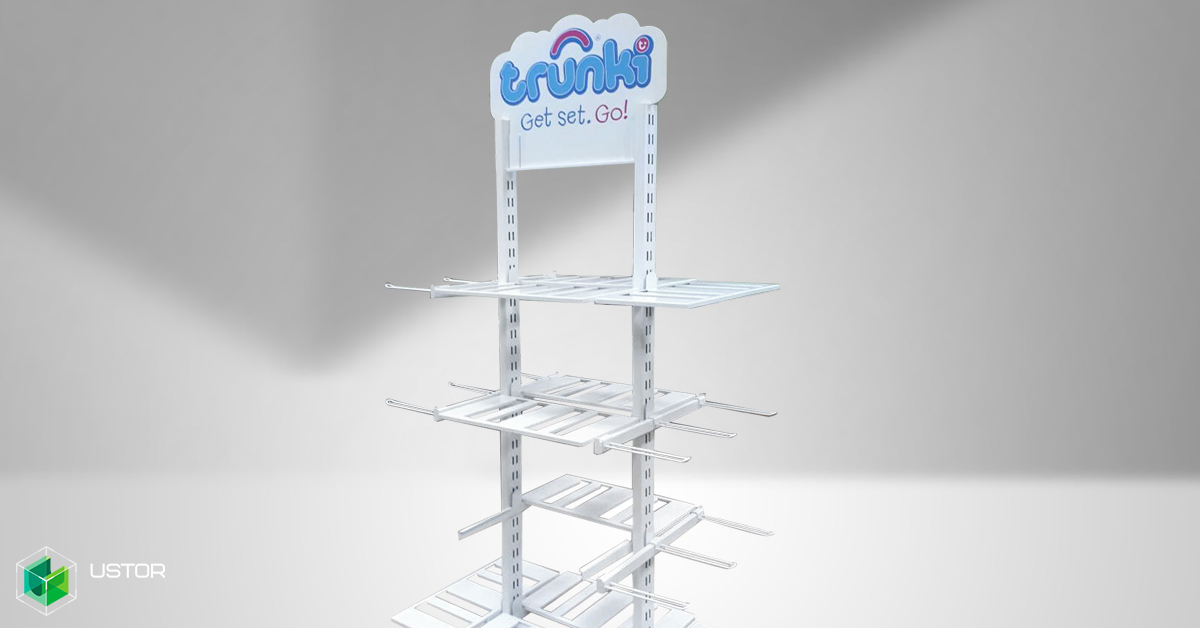 Ustor works with these standard series: LINE, RAF, FRAME. Designers refine them for certain categories of goods, help to implement the ideas of designers.

More details about the popular series of modern shelving designs and their advantages can be found here.

We continue the topic touched upon by Deloitte’s global survey in 2019 among the so-called millenniums and homelanders — representatives of generations Y and Z. Dissatisfied, broken and destroyers… As […]

Fear and hatred of Generations Y and Z. Part 2: what should marketers do with this?

In 2019, retailers will switch to a new format with no place for standard thinking and normal shelving. They will be replaced by built-in touch modules, screens, online orders, digital […]

There are a lot of various products in grocery stores. All of them need to be properly demonstrated. To achieve this, the owners address designers, develop concepts and order shelving […]