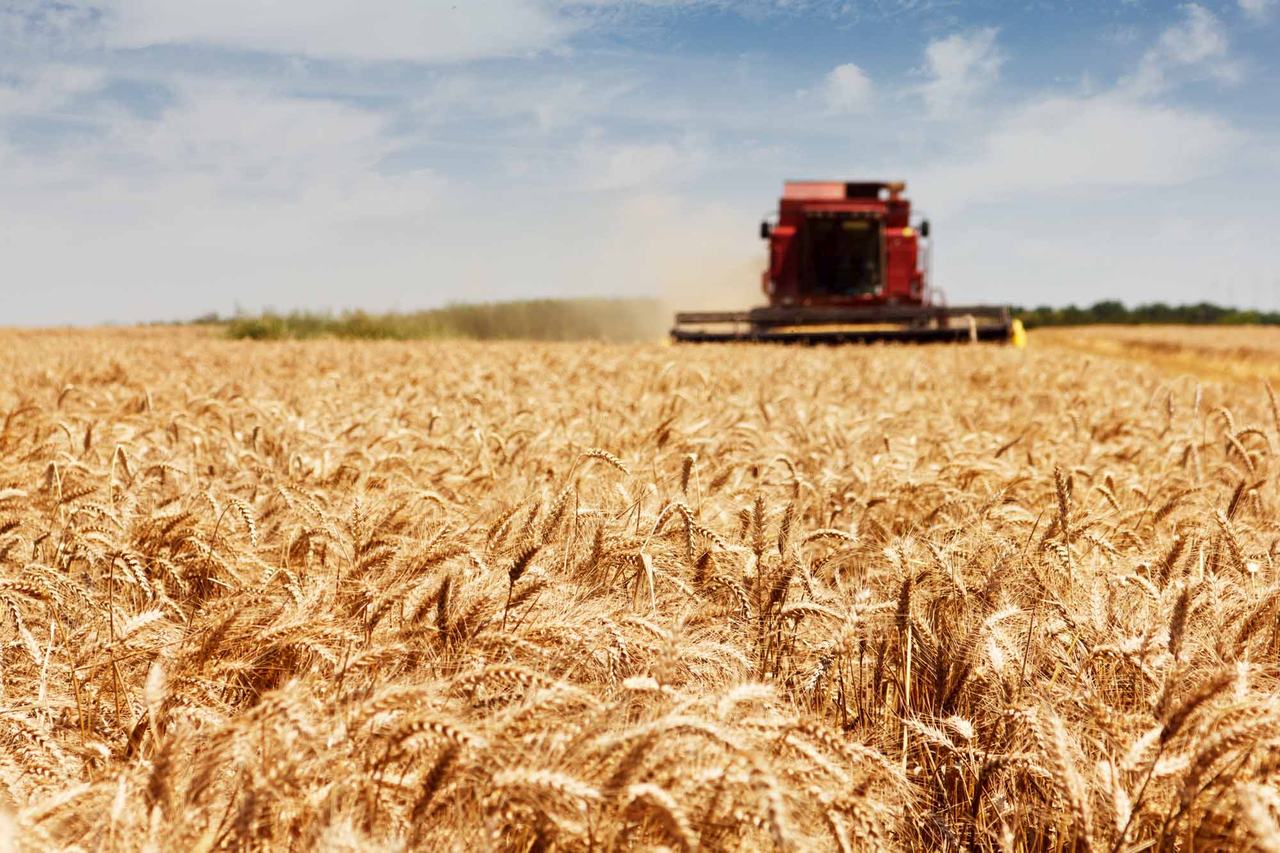 We have collected for you a report from the most interesting news of last month.

The latest business useful updates to messengers and social networks

New opportunities for advertising and promotion were created on Instagram: in an effort to help retailers and support small businesses, an innovative type of advertising was developed that allows you to connect the augmented reality function. You no longer have to send a product so that the customer can assess whether a thing is right for him or her. With Augmented Reality, buyers can virtually try on products before making an order. In addition, it opens up new opportunities for brand advertising. Users will be able to share the results of such "fitting" in Instagram Stories even if they have not placed an order. 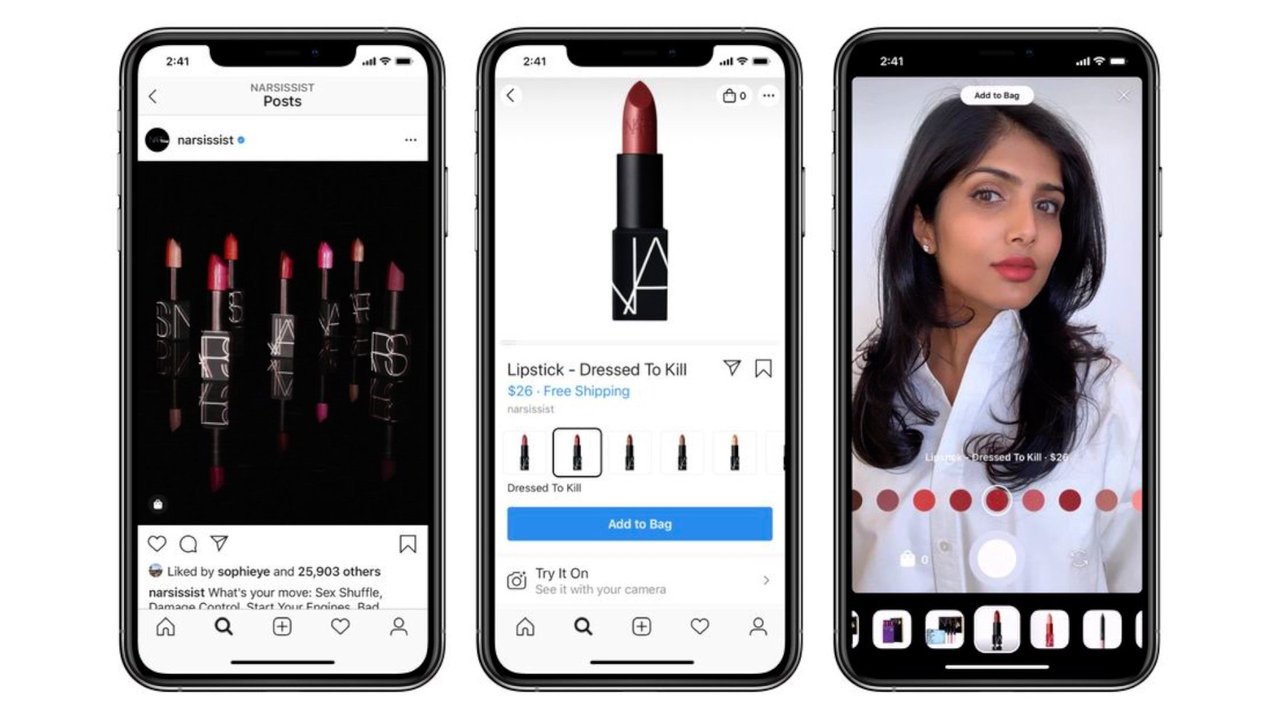 The idea of classifying subscriptions is currently being tested. Classification will be based on the information provided on the business pages. It is also possible that users will be able to sort subscriptions by the principle of the least interaction with them. At the same time, brands will be able to monitor the activity of their subscribers.

Facebook is changing the way organic displays are counted

You may have already noticed on the business pages that there may have been a decrease in displays in the reports. But don't worry, as this could only be due to a change in the way the numbers are counted. This way, repeated displays of publications to the same user are no longer included in the statistics. This will make reporting more clean and accurate.

Facebook did not stop at upgrading its statistics and expanded its arsenal of advertisers by adding customizable templates. You can also use them in Messenger or Instagram.

Camera in Instagram Stories gives even more possibilities for shooting

When creating a photo on Instagram, the set of tools was extended, but the most noticeable innovation was the "Create" tab. The new tab offers various tools for creating creative photos.

On Facebook, users will now be able to go directly to direct contact with the company through advertising. All it takes is a swipe up and the user will be automatically moved to the Messenger window. This feature is already implemented on Instagram.

Thanks to some modifications, it is now possible to respond to comments and messages on Facebook and Instagram without switching between channels using the official application. This modification makes working with pages easier and more convenient. Although the update itself came out without any additional notifications about it.

At the moment everything is in the testing phase and the likes counter is not displayed only for Australian users. But depending on the test results, it can be implemented for all users. Then view the total number of likes and reactions that will be available only to post authors. As Facebook suggests, this innovation will help users focus more on the content itself and its quality, reducing the feeling of envy and other social effects. 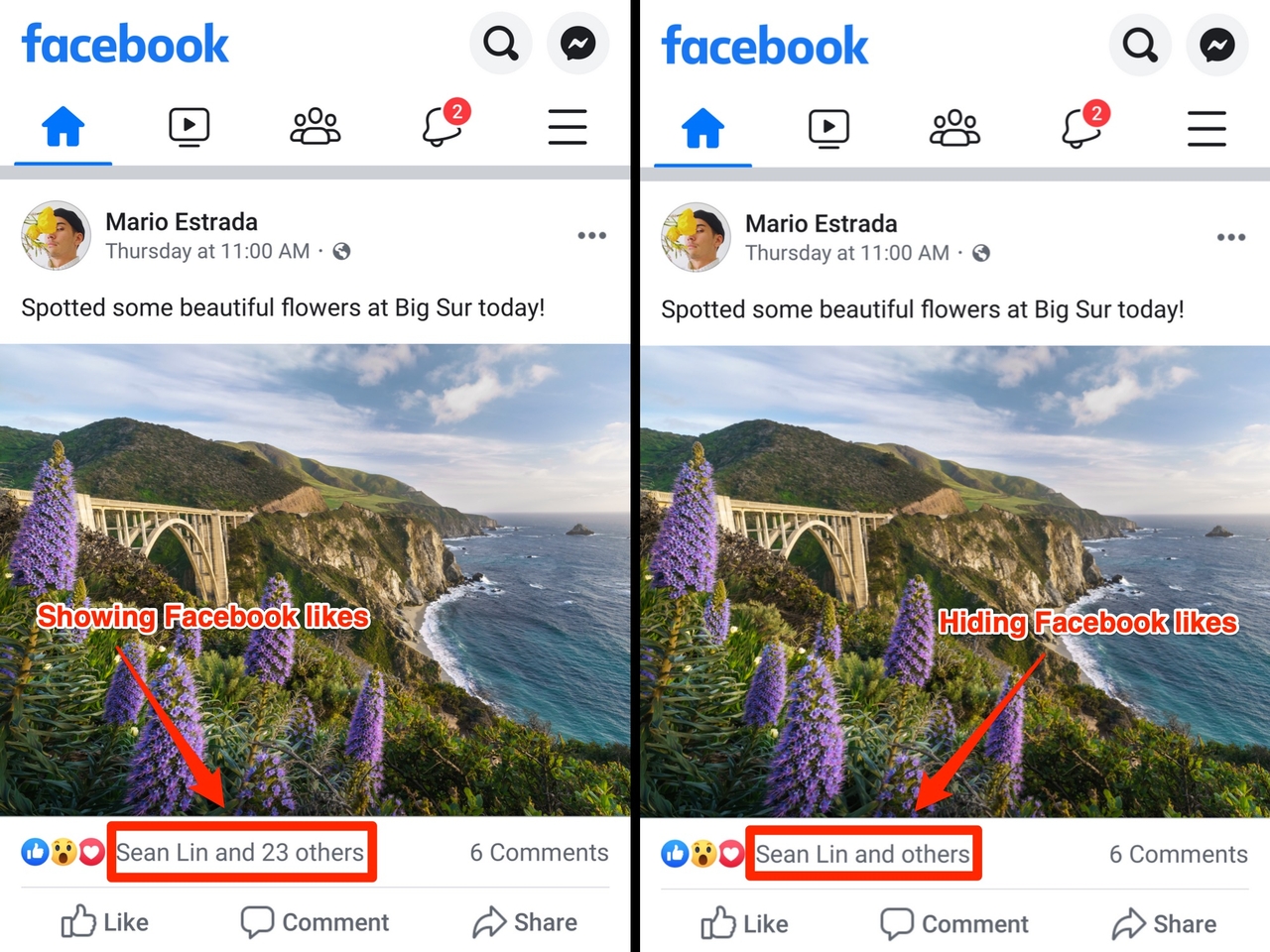 An attitude of Ukrainians to online shopping [Google research results]

According to the research results, the level of satisfaction with online shopping among Ukrainians was lower than the world average. 59% noted that their experience with online retailers was "excellent" and "very good", while the global average was 10% higher.

KANTAR provided the survey data, according to which Ukrainian online buyers know about 12 online stores on average, but only 3 of them give preference. The survey also showed that over 50% of Ukrainian consumers recommend their favorite portals to others. At the same time, among the characteristics of Ukrainian online stores, the most highly praised were product range (60%) and ease of search and navigation on the site (55%). Whereas, Ukrainian consumers were least of all appreciated the possibilities of returning goods (30%) and loyalty programs (31%). It should also be noted that only a small number of Ukrainians indicated that they are satisfied with the availability of free delivery of goods (34%) and the speed of delivery (38%).

The three leaders in terms of investment attractiveness included the following areas: agriculture, energy and IT. These results were voiced by the American Chamber of Commerce, which studied the Ukrainian business climate.

Among other results of the study, let us note the main ones:

Among the participants of the survey, more than 90% of entrepreneurs have been doing business in Ukraine for more than 10 years, most of which are more than 20 years.

Cash registers and cashback for a self-employed individual

According to the President's official website, Laws No. 128-ІX and No. 129-ІX were signed, obliging self-employed individual to use cash registers that add a new reporting form (electronic), as well as creating the possibility of obtaining a cashback if a non-finished check was issued for goods worth UAH 850 or more.

Most of the legal norms come into force not earlier than in 6 months, but some of them have already become relevant. Thus, from October 1, 2020, the use of registrars for settlement operations, for a self-employed individual of 2 and 4 groups became mandatory.

This application will be provided free of charge for business by the tax authorities. With the help of E-Receipt, electronic checks will be available. The application is available on the website

If the buyer was provided with a partially or completely incorrect cheque for UAH 850 or more, the buyer will be able to make a complaint to the tax office and claim the cashback. If the buyer was not given a cheque at all, the entrepreneur will receive a fine of UAH 850 if it was the first violation, and from UAH 1700 for the subsequent violation.

Paper bottles are our future?

The problems of plastic recycling in recent years have become extremely urgent for all mankind. And fashion is gaining an environmentally friendly alternative to plastic packaging. But if you can't surprise anyone with avoskas and eco-bags, the Danish company Carlsberg surprised everyone at the world summit on environmental sustainability, having read the report on creation of the first "paper" bottle. The beer bottle is made of one hundred percent ecological wood fibre, which is absolutely recyclable and reliably retains the liquid inside itself. 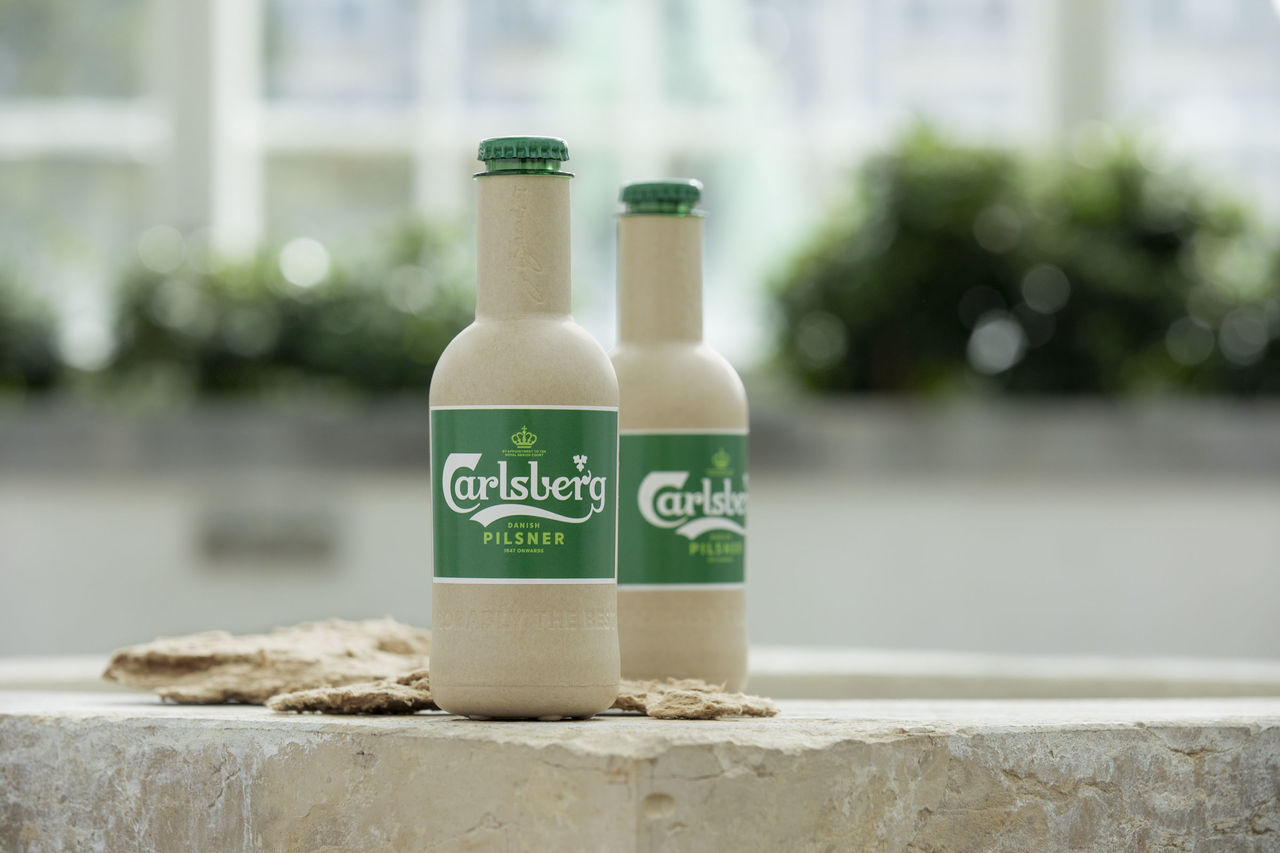 In total, the company presented two research prototypes of sustainable wood-fiber bottles to the summit, noting that "innovations take time" and they will continue to develop sustainable packaging.

Carlsberg also announced its plans to join efforts to create paper bottles with other global retail leaders. The company has already entered into partnerships with The Coca-Cola Company, L'Oréal, and The Absolut Company.

The Coca-Cola Company decided to take a different path and instead of looking for safe alternatives, to deal with the consequences through intelligent consumption. In October 2019, a bottle made from recycled plastic that had been caught in ocean waters was shown for the first time. Demonstrating to the world that marine debris can and must be combated, "sea bottles" were the first such example of how the latest technological advances in recycling plastic waste can and should be used effectively. The trial batch consisted of 300 bottles, each 25% of which was made up of plastic collected from the depths and beaches of the Mediterranean. 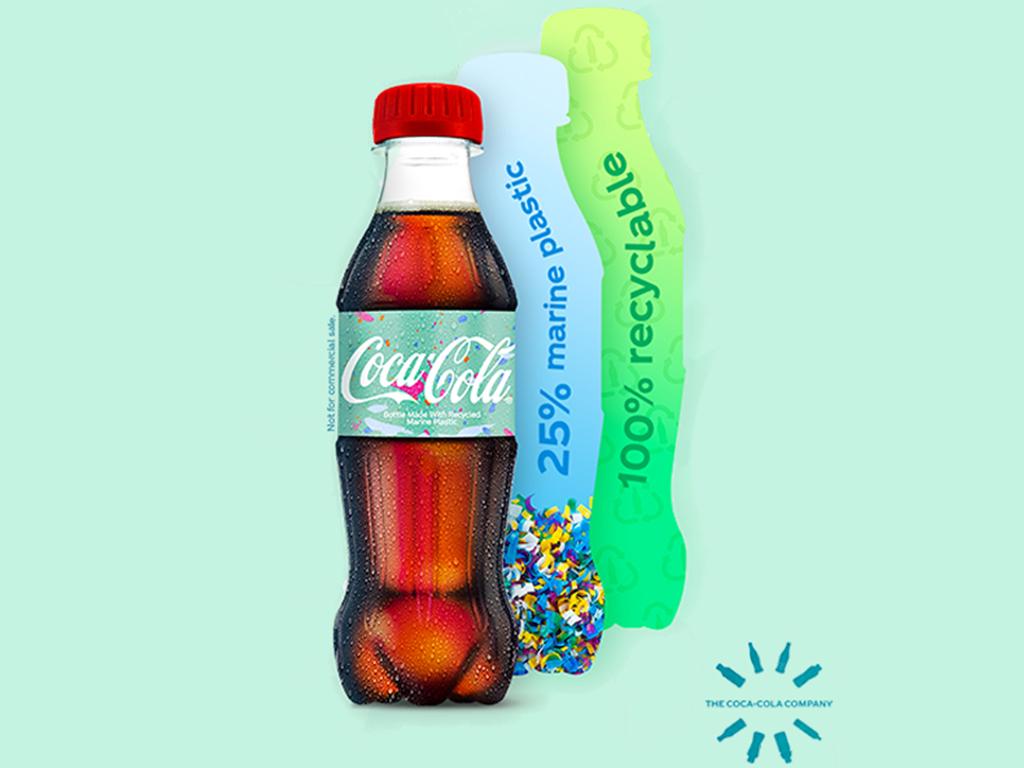 The processing technology uses the latest innovations to break down plastic components into monomers, which are then used to create polymers. This opens up possibilities even for processing low-quality waste that was previously only incinerated or stored. Although the project and technology development are still in the early stages, the first batch has been successfully released. This gives hope that plastic will no longer pose an environmental hazard in the future and that seas and oceans will be cleared of plastic waste again. Coca-Cola has announced that large-scale deployment of the technology will begin in 2020.

Restrictions on the use of plastic bags in Ukraine

In Ukraine too have not remained aside from world tendencies towards eco-protection. On 16 October, the Parliamentary Committee of Ukraine supported draft law No. 2051-1, which limits the turnover of plastic bags on its territory. The draft proposes to divide the bags into different types depending on their characteristics, with the subsequent prohibition of distribution of bags that fall under the appearance of "light" as well as "super-light".

The term "light" includes bags with wall thickness from 15 to 50 microns. By "extra-light" we mean standard "t-shirts". There is an exception: the ban does not apply to primary packaging in production, as well as the use of ultra-light plastic bags of specific sizes as packaging for fresh fish and meat, cereals and other bulk food products.

The ministry comments that a complete ban on plastic bags has been introduced in 33 countries. Another 53 countries were affected by a partial ban, or significant taxes were introduced. Thus, for example, in England, biodegradable bags have long been widely used. They are completely biodegradable for the period from 1 month to 4 years with minimal damage to the environment. It is time for Ukraine to join the world trend of environmentally conscious production and consumption.

This new digest of the Ustor team has gathered the most interesting news about what happened and changed on the retail front! Cars Parking on the roofs of shopping malls […]

The company Ustor has implemented a project of the stationery department in the recently opened hypermarket Epіtsentr K in the city of Nikolaev. Epicenre K is a dynamically developing national […]

Objective: To develop a rack to stand out in a row of electrical-, gasoline-, welding tools Solution: Making a brand rack based on the RAF series, using company colors (orange […]