MainRecords for 2019. How many outlets have been opened by large ukrainian retail chains

Records for 2019. How many outlets have been opened by large ukrainian retail chains 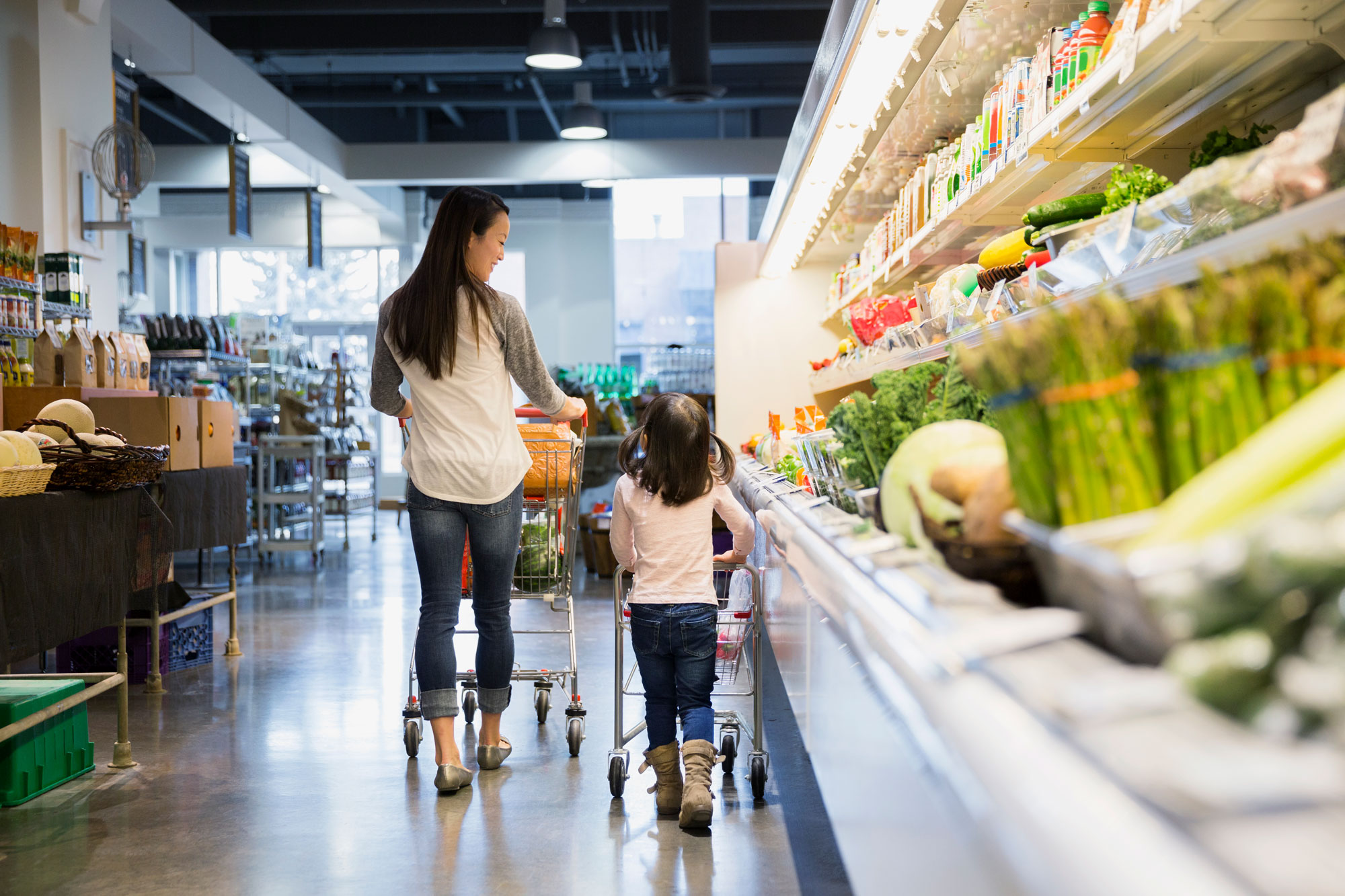 Each year, retailers are opening more and more new stores. In this article we will summarize the results for 2019 and tell you how many new outlets were commissioned by the largest retail chains in our country, dividing them into such categories as: 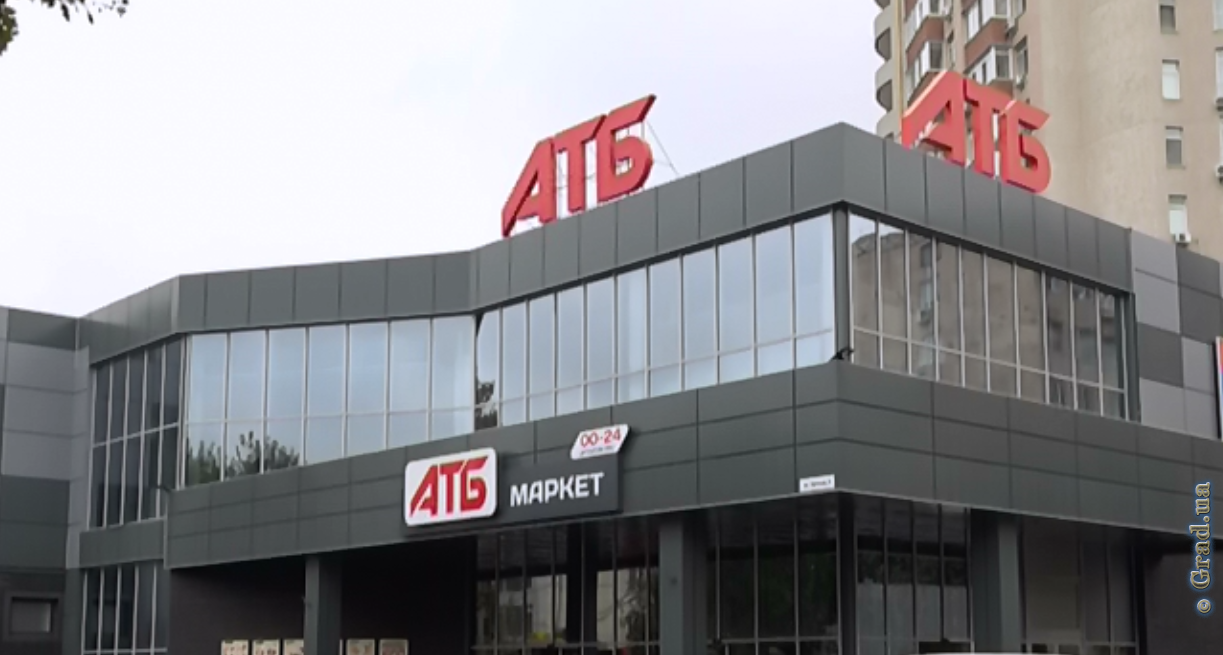 The leader in the opening of new points in FMCG retail over the past few years can be called ATB-Market. The past year is no exception. Thus, at the beginning of 2019, this retail network consisted of 990 objects. According to the data for December 20, their number reached the 1052 mark. Of these, it was opened:

Fozzy Group was also engaged in retail network development. So this year they opened:

As of December 11th, the list of points of sale in the Varus chain was supplemented with 11 new objects. The most significant event was the return of the chain's supermarkets to Donetsk region. Thus, the new Varus was opened in Svetlodarsk. The plans were to open 3 more outlets by the end of the year. In total, the retail chain has "grown" to 15 more stores. 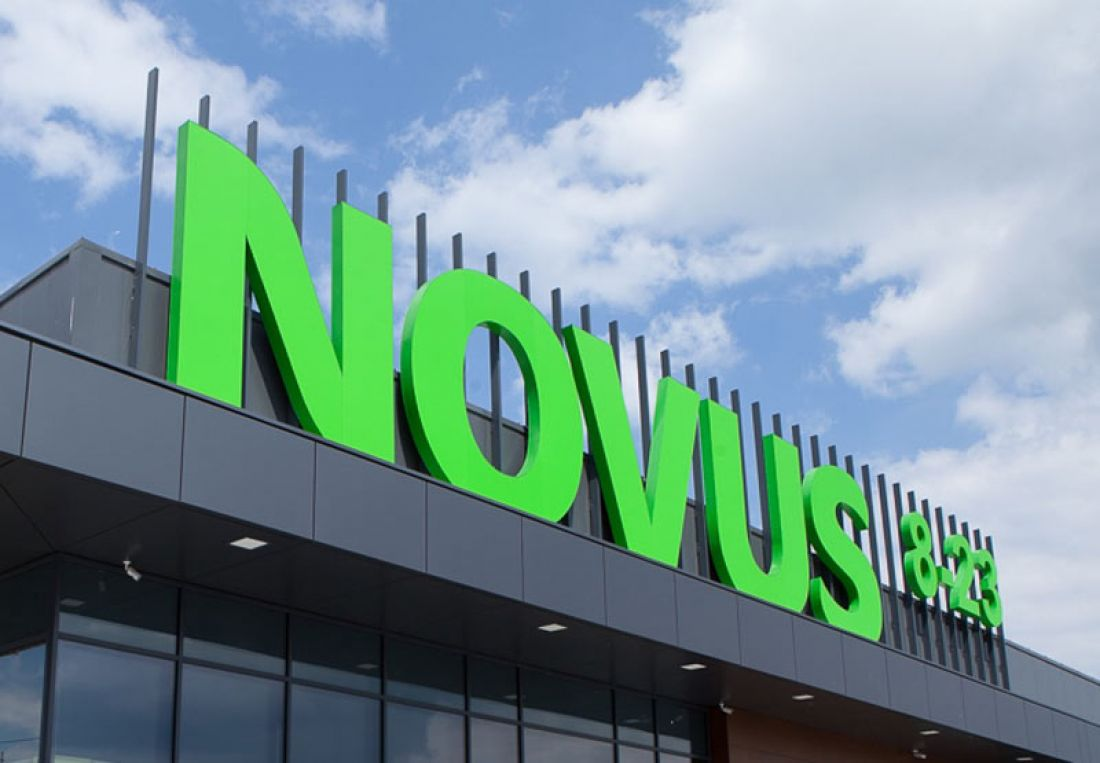 Novus has opened four new supermarkets. At the same time 2 points, one of which was in the capital and the other in Rivne, were closed. Thus, in December 2019 there were 43 stores of the chain in Ukraine.

Other leaders of food retail in Ukraine were not so actively involved in the expansion. The main focus was on improving loyalty programs, quality of service for wholesale and retail customers, as well as optimizing internal processes. For example, the German company Metro Cash&Carry added a supermarket in Chernihiv to its list of retail outlets, and the largest Ukrainian holding Retail Group opened a store in the capital.

As a result, the list of leaders in food retail looks as follows:

1.ATB-Market and 87 new stores;
2.Fozzy Group, which opened 48 shops;
3.Varus, which has added 15 new outlets to its network;
4.Novus with 4 locations;
5.Retail Group and Metro Cash&Carry, which opened 1 store each. 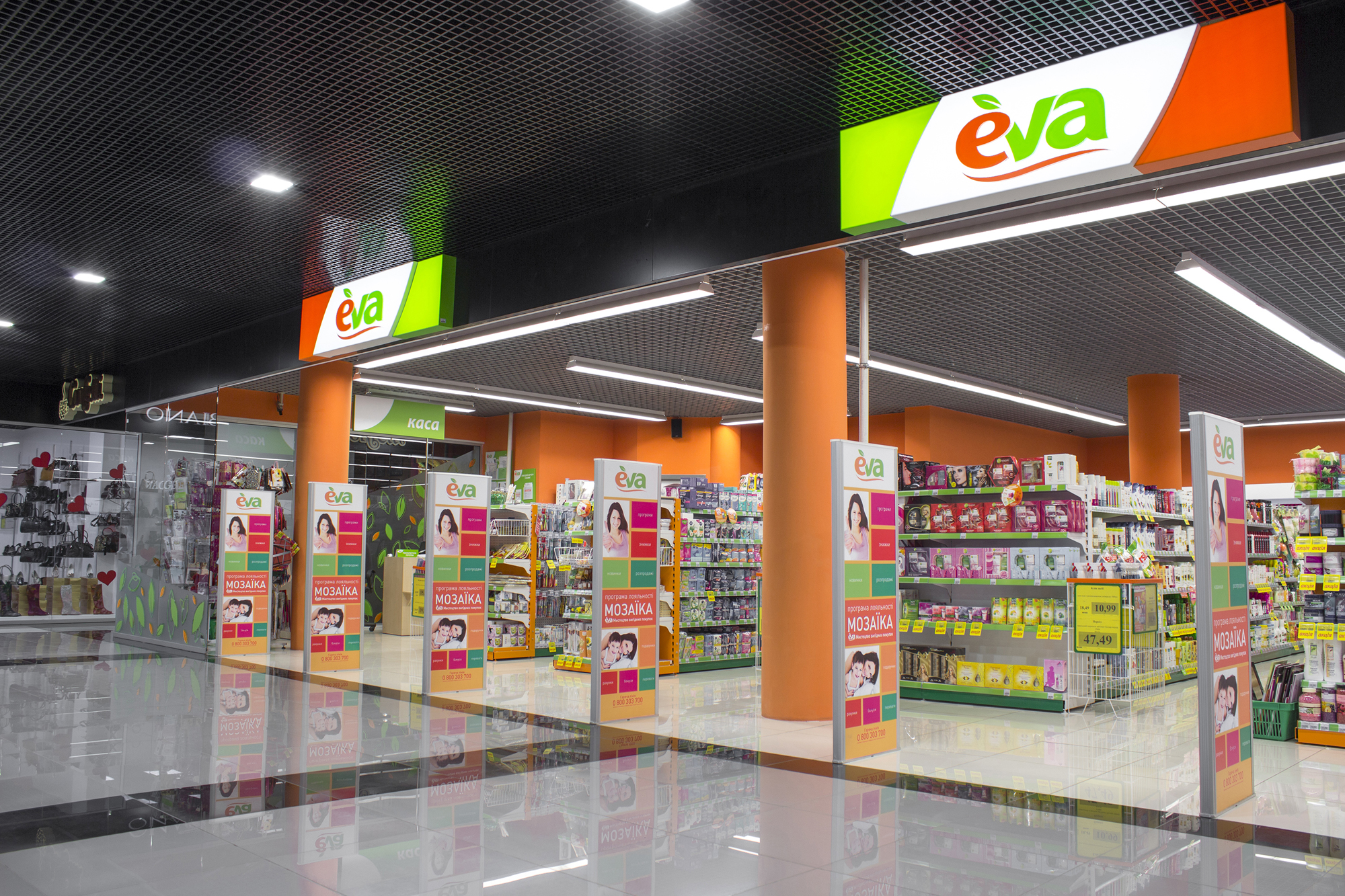 The absolute record was set by EVA. In 2019 they managed to open 218 stores. However, it should be noted that 22 objects of this network were closed, which means that the net increase is slightly less.

Other participants of this segment did not open so many stores. For example, Prostor opened only 24 objects and this is provided that this year 20 shops were closed. As a result, their net growth was only 4 points of sale.

The company Watsons, the second largest Ukrainian drogerie retailer, has reduced its network at all. In 2019 they opened 4 stores, closing 13 other facilities.

LUSH chain, which sells handmade cosmetics, also slightly reduced the number of stores by closing one of them. Today the company has only 14 outlets.

However, some beauty & drogerie retailers have not only not reduced, but also increased the number of their objects. For example, ISEI chain, specializing in cosmetics from Korean manufacturers, opened 16 stores in 2019, most of which are in Kiev.

The leader of Ukrainian perfumery and cosmetics market Brocard company also opened 5 shops and 3 shopping facilities. At the same time, it was planned to open one more store in late December.

As a result, if net growth indicators are not taken into account, the top retailers in this segment (by the number of new store openings) will look as follows:

Gadgets, electronics and other equipment 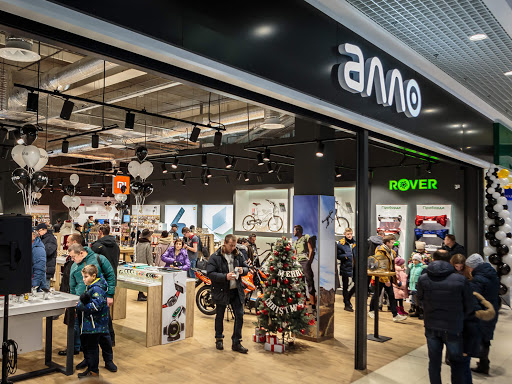 The Allo Company has opened and renovated 35 retail outlets over the past year. In general, the number of stores has decreased by 10. However, the closure of the old stores was compensated by the launch of several stores of the new format. One of the largest Allo Mah retail outlets opened in the Dnipro River, and in Kharkov the cooperation with the chain of Aroma Cava coffee shops started. In addition, thanks to active cooperation with Phillip Morris, the company was able to create an IQOS zone in all of the Hello Mah stores.

Eldorado has only opened 6 new objects, focusing on format changes and updating old points. In the end, the company reformed 25 objects.

Foxtrot also focused mainly on reforming stores. They did it this year:

Citrus has increased its network by 10 stores. At the same time, one of the objects has been expanded, and in 2 more active points appeared zone Apple Shop.

Three stores appeared in the chain Comfy, but if you look at the net growth, we can say that the number of retail outlets has decreased (93 instead of 94).

Another representative - a network of small shops Zhuk, which sells gadgets. This company decided to significantly expand its business, increasing the number of outlets from 650 to 700. They spent 2019, increasing efficiency and changing the format of existing outlets.

The list of leaders in this segment looks as follows:

Epicenter K, a leader in trade in non-food products on the Ukrainian market, continues to expand and update its network. Thus the company has opened 8 shopping centers, 7 of which are small format. In addition, the format of 2 hypermarkets Novaya Liniya was changed, and one full-filment center was created, the main activity of which was to serve orders from the online store. 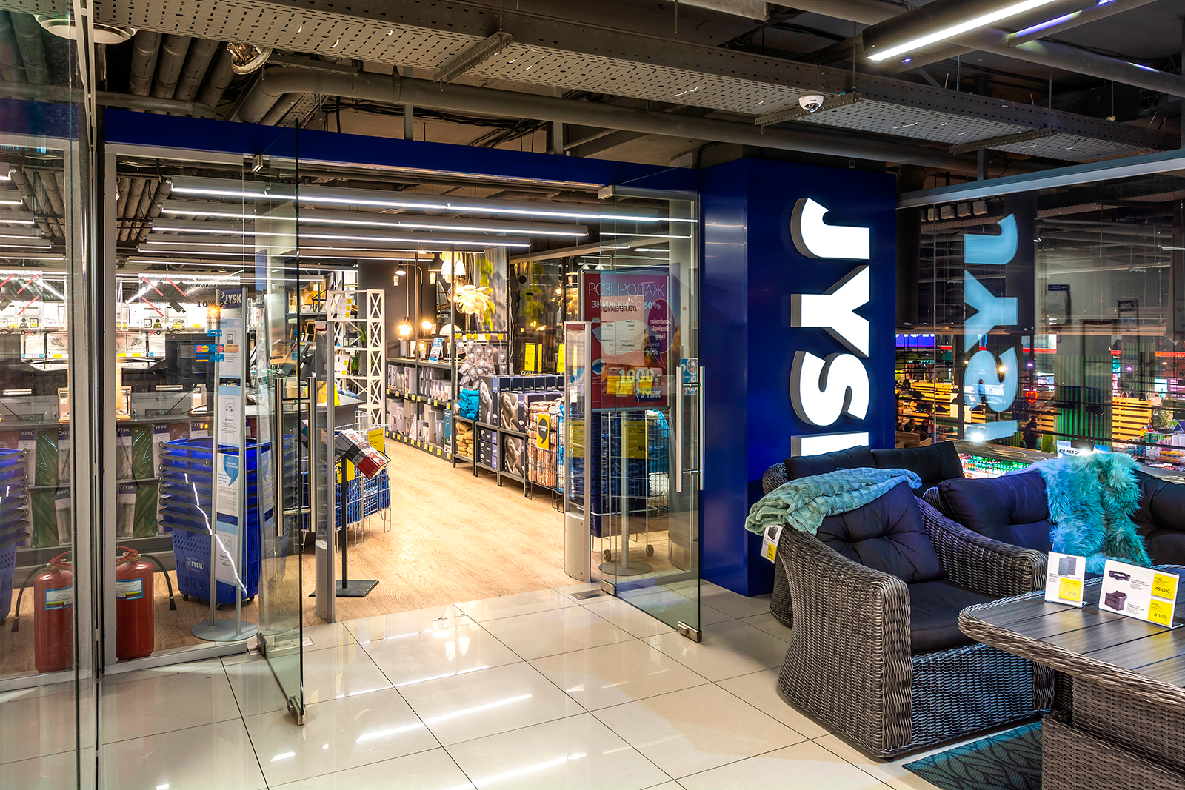 JYSK network (Denmark) opened 11 shops in Ukraine, and only one shop was closed. Special attention was paid to geographical distribution. Thus, at the moment there are 57 objects in different regions.

Company Agromat selling tiles and sanitary ware has opened only 1 object in our country. However, the main achievement was the opening of a shop in Georgia. It was the first Agromat outside Ukraine.

Representative of DIY-retail Leroy Merlin from France also opened 1 shop. The event became a landmark, as it is the first object of the network outside Kiev. It was opened in Odessa and became the 5th in the Ukrainian chain.

As a result, the leaders of the segment of "household goods" are distributed as follows:

1.JYSK, which opened 11 shops in different cities of Ukraine;
2.Epicenter K, which opened and changed 10 shopping centers;
3.Agromat, which put in service 2 shops (one of them - in Batumi);
4.Leroy Merlin and their shop in Odessa.

That's how 2019 passed for FMCG, Beauty & Drogerie, as well as companies that sell electronics and household goods. What will 2020 be like for retailing? What will be more important: opening of new outlets or redesign and improvement of current ones? Very soon we will tell you about it as well.

Fashion is a field where creativity and emotion prevail. It is not surprising that the fashion retail sphere grows very dynamically during the epoch of consumerism. According to Euromonitor International, […]

Nothing succeeds like simplicity, so Ustor uses modular trading equipment which may be adapted to different niches. All the elements are designed so they can easily complement or replace each […]

LINE and FRAME series for the clothing display

Ukrainian vending trends Automation and sales through vending machines are showing increasingly positive trends in the growth of their share in retail worldwide. But what is the situation with vending […]